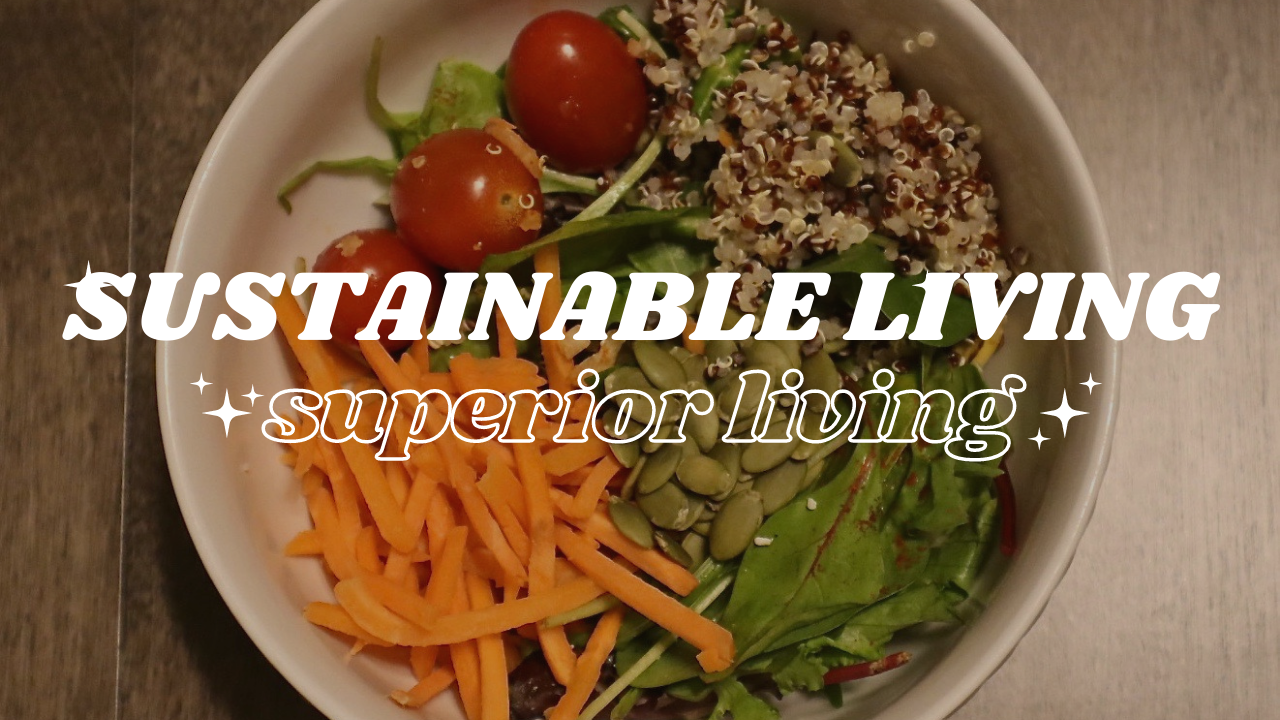 A plant based diet is just one of the many ways people can discover how to live an eco-friendly lifestyle. (Kristin Weidner)

A plant based diet is just one of the many ways people can discover how to live an eco-friendly lifestyle.

As society continues to place importance on unsustainable ways of living, the overall health of the planet hangs in the balance; for Americans and citizens across the globe, finding a feasible, long-term solution to certain climate change issues is easier said than done.

According to The NASA Earth Sciences Team, anthropogenic emissions of greenhouse gases have increased the amount of carbon dioxide in the atmosphere by almost 49%. Without human interference, the number of CO2 in the Earth’s atmosphere would be significantly lower; therefore if humans did not interfere with the natural order of the Earth, then the planet would remain on its natural, original track. However, since the start of the industrial revolution humans have created a myriad of disastrous, irreversible effects.

While it’s abundantly clear that climate disruption is both a political and economic issue, it also serves as one of the largest social affairs that society will face this century. National concerns like homelessness, unemployment, population density and endangered wildlife species all stem from climate change. Caroline Garvey, an environmental studies major at the University of Dayton, shares her take on how implementing “green” education into curriculum can have a lasting impact on current, and future, generations.

“I think the most important step in developing sustainable habits is education. Once individuals are aware of how interconnected their daily actions are with the rest of the world, they can more easily adopt a mindset of living sustainably,” Garvey said.

Education establishes a framework for all ages, which not only helps create habits that will aid in the climate crisis but helps people establish healthy lifestyles. The North American Association for Environmental Education concluded in a research project that students heavily benefited from their education because it provided them with real-life evidence and experience. Kathleen Troyer, an educator at Downers Grove South High School speaks to that result.

“I think in order for any population to make changes they have to have an understanding of why change is needed…understanding what driving mechanisms in our planet lead to change… and then understanding how feedback loops are being impacted by our behavior,” Troyer said.

Living eco-friendly is pretty easy, it just takes some effort to change a few aspects of your daily life, but it’s worth it for the environment.”

Adjusting certain human behaviors, such as diets or shopping, can have a lasting effect on the climate. Opting to thrift instead of buying new, shopping sustainable brands when possible, investing in reusable utensils and bottles, donating clothes and substituting meat for greens can significantly reduce the amount of CO2 emissions in the atmosphere.

Downers Grove South student Gabriela Rodriguez abstains from meat products and instead chooses to eat vegetables, fruits, grains and a few other foods that allow her the lifestyle and diet she is looking for. She shares how her journey with vegetarianism has reshaped her perspective and education on sustainable living.

As more students like Gabriela gain access to reliable environmental sources, they can begin to reconstruct their daily habits to benefit the community and the world around them. However the idea of living sustainably is hard work and may not be a financial reality for many, but Garvey’s point to education combats the classist element of the argument.

“Buying eco-products might not be an accessible option to those with financial restrictions. Which is why education is the most important piece to spreading sustainable habits, because we want to encourage people to make what changes they can, and not shame anyone who cannot make certain changes,” Garvey said.

Society’s reliance on non-renewable resources places a tremendous strain on the planet’s climate and environment, which is why any change is a change worth making in order to secure a future for humanity. Whether one is already aware of their carbon footprint, or just beginning to learn about it, there are plenty of ways to make personal changes that are essential for a healthy Earth.