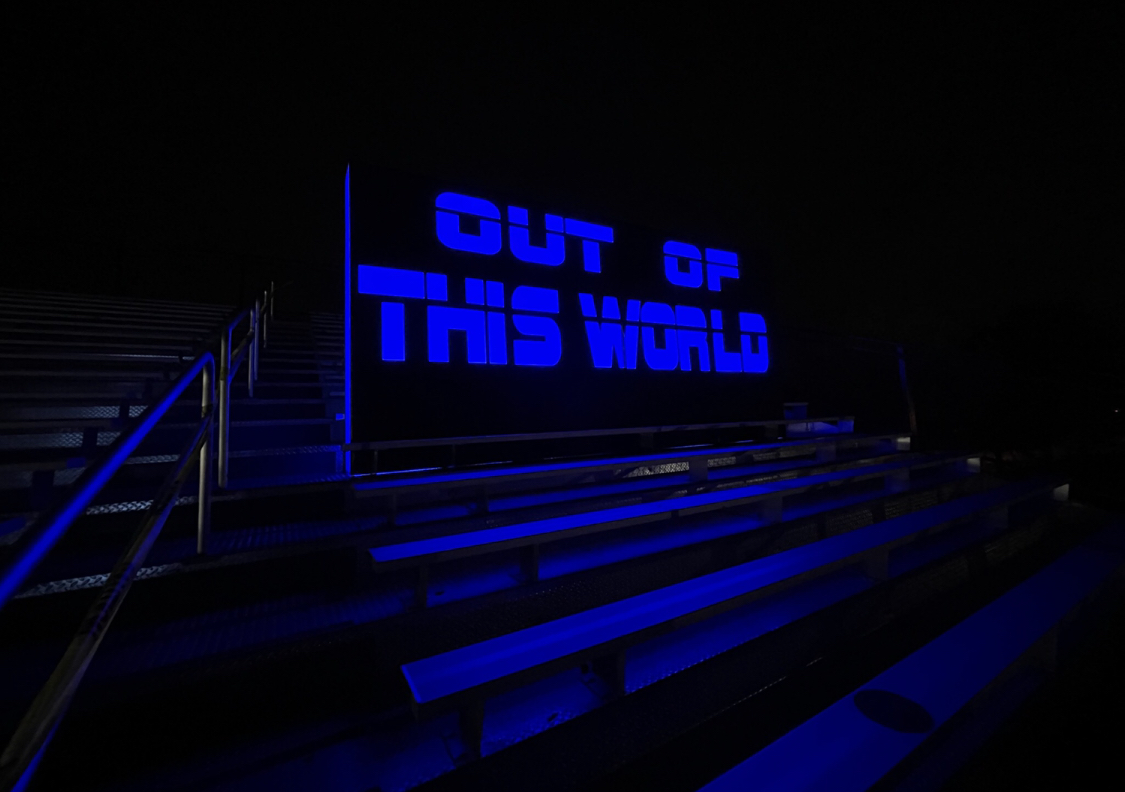 As the final fireworks go off we reflect on the things that went wrong or right. (Faith Nelson)

As the final fireworks go off we reflect on the things that went wrong or right.

Homecoming: Both sides of the coin

The stars are aligning

This was the school’s first huge event right after the pandemic, and sure there were bumps along the way but man what a way to start the year off with a bang – literally, there were fireworks. Looking at the dance in a positive lens can overlook the problems that were at hand.

One of the changes that were different this year that I actually liked was the fact that it was outside. Having the dance outside made the uncomfortableness of sweaty teenagers jumping around for a couple hours actually tolerable. There were times when I had to take a breather and sit down and was glad to feel the cool breeze then hop back in the dance.

One of my favorite parts about the dance was the galaxy lounge: a collection of inflatable chairs that had lights inside of them where you could take a break from the dancing. They were surprisingly super comfortable and that matched the space theme perfectly. I also loved when people started throwing them into the crowd like beach balls.

Of course we can’t forget the finale: a huge firework celebration while the DJ played “Firework” by Katy Perry. While the song choice was a bit on the nose, the night ending in a blaze was the wrap up only in corny teen films. Not only as we start the year on a good foot but to show how we have persevered through so much while the pandemic is far from over we can enjoy each others company.

There were a lot of amazing aspects of the homecoming dance. It provided a wonderful atmosphere to hang out with friends and enjoy some music and dancing.

While I loved being able to hang out with my friends and dance, there were definitely some issues with homecoming.

The DJ was so horrendous. I think I counted three songs that were made after 2016 and he almost exclusively played male artists. All night I was waiting for some Doja Cat and I was never blessed with her voice on those loud speakers.

The inflatable chairs were, however, fun for about an hour. People were either sucking faces, piling three to four people per chair because of the limited amount available or throwing them in the crowd, which was a cute idea turned into a free for all.

When we arrived we were all given wristbands for food, which I assumed meant free food for the night, but when I went to get ice cream, they cut off my wristband and I was no longer able to get any more food from the trucks! They seriously charged $10 extra per ticket for an ice cream sandwich or a mini cupcake.

While the events had it’s highs it wasn’t enough to ignore the rust that has formed while in quarantine. Let’s only hope that we have scared those hiccups away and that our future events are more thought out.