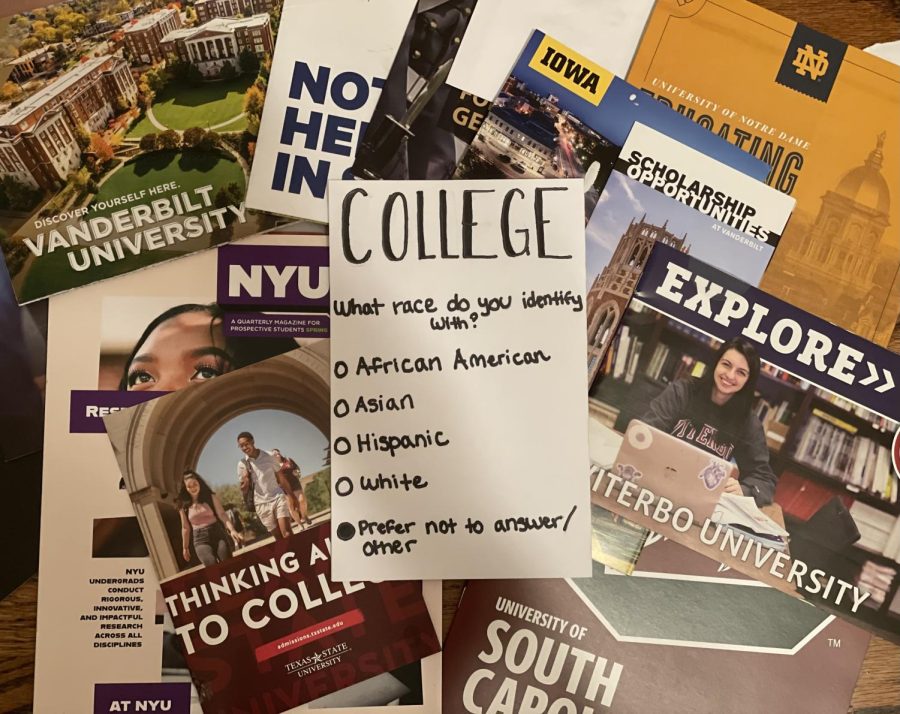 When applying to colleges, race is a common question asked of applicants. 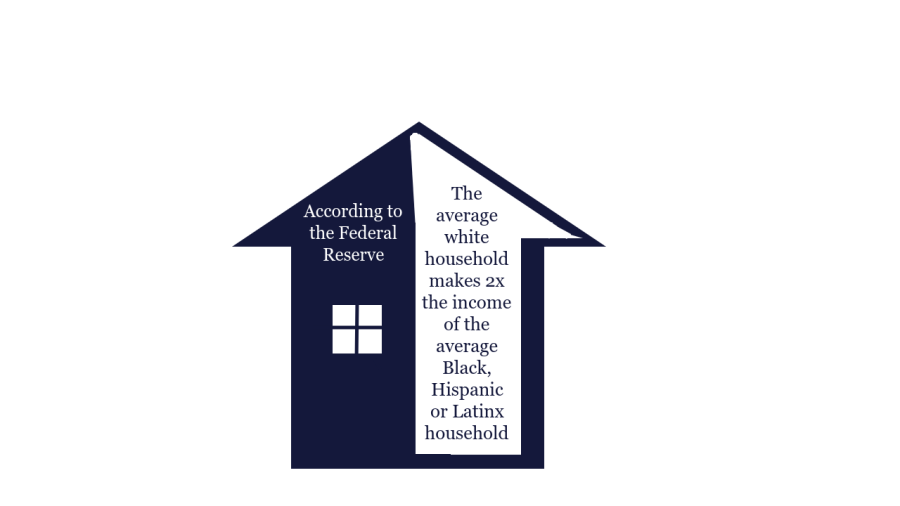 The income inequalities between households based on race further prove why affirmative action is necessary.

College can be a difficult and sometimes frightening time for many, and getting accepted into an accredited college or university can often feel like a huge challenge. Over the years, many programs have been put in place to help students who have been historically disadvantaged get into these schools. But few are as hotly debated as affirmative action.

Affirmative action was created by the Kennedy administration in 1961 as a way of combating discrimination at the time. This wasn’t necessarily the end-all be-all to all discrimination, whether on the basis of sex, race or religion, it was a great first step in helping historically disadvantaged groups to be lifted up. Affirmative action was originally created for terms of employment, but is now being debated over its relevance in education.

This very question of the importance of affirmative action in college admissions is what the Supreme Court saw in the recent cases of Students for Fair Admissions v. President and Fellows of Harvard College and Students for Fair Admissions v. University of North Carolina. Each of these cases brings forth the question of whether or not race should play a part in college admissions.

While affirmative action was meant to be a somewhat temporary measure to ensure equal opportunities for all races, it is still necessary now. Obviously, a lot has changed since the 1960’s, but institutionalized racism is still ever present in our society. To say that many people of color have not faced disadvantages both now and historically is just frankly incorrect.

According to the U.S Federal Reserve, the average Black, Latinx and Hispanic households make half as much as their white counterparts. This further shows affirmative action is not only about race, but about socio-economic status as well. Saying that affirmative action is grossly offensive and a blanket statement overall people of color clearly is wrong due to these economic and social inequalities.

On the topic of economics, if non-white households are making less money on average, that also keeps them disadvantaged, as college is extremely expensive. This dives deeper into the issue of college affordability, and the idea that students will get more money from the government or from scholarships is incorrect. College will remain extremely unaffordable at least for the foreseeable future, and these socio-economic issues are already further holding back students of color.

In addition to this, the issues of equality vs. equity is one that mustn’t go unnoticed. Affirmative action is leveling the playing field for students of color, not necessarily making them better than their white counterparts. If we were to get rid of affirmative action all together, this would keep students of color at a significant disadvantage.

Yes, many schools are very focused on diversity especially in a time where colleges are being held more highly accountable for this, it isn’t a bad thing. Wanting to have diversity on campus isn’t discriminatory towards white people or other groups who have been more included over the years. It is actually a positive that schools are being held accountable of their potentially discriminatory pasts and will allow for the next generation to become more equal and have a more equitable future.

According to Professor Natasha Warikoo of Tufts University, decisions the Supreme Court makes could be “pretty devastating in terms of higher education. I think we will start to see a decline in representation at a lot of different levels as a result.” It’s unfortunate to say, but many colleges only do what is required of them and if affirmative action is struck down, many colleges will go back to not caring about the diversity they have on campus.

Ultimately, the decisions made on affirmative action will lie in the hands of the Supreme Court. Their decision will shift college admissions as well as opportunities for students of color in extreme ways, but it would ultimately be to their benefit to keep with affirmative action.

Striking down affirmative action: college admissions should not be based on race 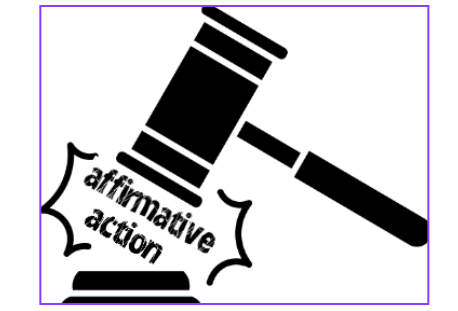 College admissions should be based on qualifications rather than race.

In the 21st century, the need for diversity only causes more division between ethnic groups, and affirmative action is at the center of it all. Although affirmative action policies were initially intended to eliminate discrimination, nowadays they only end up hurting all parties involved. On top of this, there are other ways to make college admissions and job applications a truly fair competition.

The college admissions game is extremely competitive, and potential students try everything to get accepted into their dream school. So how is it fair that, if deciding between two equally qualified applicants, a college will choose the more “diverse” person? If we are a society that’s truly trying to become racism-free, why are we still considering race as a factor in who gets more opportunities?

Although Justice Ketanji Brown Jackson claims that, “race can provide context for [student] experiences,” we shouldn’t assume that just because someone is a certain race means that they have had more struggles or experiences than other applicants – that’s an offensive generalization. Additionally, there are more valuable criteria than race to consider, such as athletics, extracurriculars and grades, as well as characteristics such as determination, leadership and hard work.

These characteristics don’t have to be shown through fancy internships or workshops, either – they can be demonstrated by any race, through tutoring other students, helping out at home or excelling at school. Rather than making race a factor in college admissions, we should admit the students who are the most qualified and who show desirable qualities in their everyday lives.

Affirmative action doesn’t always help those who truly have a disadvantage, too. In fact, the Hoover Institution’s Thomas Sowell found that, “preferences primarily benefit minority applicants from middle- and upper-class backgrounds. At the same time, because admissions are a zero-sum game, preferences hurt poor whites and even many Asians.” Affirmative action would be much more beneficial if it actually helped disadvantaged minorities, but it doesn’t, in fact, help those of the lower class who struggle financially.

In this situation, not only is an amazing opportunity being taken away from the more qualified Asian candidate, but then the Black candidate’s self-esteem is lowered because they were given the spot not because they earned it, but only because a college needed to seem more diverse. With affirmative action, we can’t tell if someone was accepted into a college because they earned it or because they were a certain race. Affirmative action can negatively affect both sides, and the more qualified candidate, regardless of whether they are white, Asian, Black, Hispanic or other, should be accepted.

Additionally, a 2019 Pew Research Center study on American trends proved that 73% of Americans believed that race should not be a factor in college admissions, and 81% believed that gender should not be a factor as well. The majority of Americans understand that admissions should be based on one’s characteristics and hard work rather than social constructs.

Finally, there are better alternatives to affirmative action that will remove discrimination from the admissions process. I believe, like the majority of Americans, that race and gender should not be on college admissions at all. If we take the question of race or gender off of applications, there is no way to discriminate against minorities or accept one person over another because they are more “diverse.”

There are other ways for minorities to receive help, too, such as scholarships based on race, merit, or leadership. Many colleges give out money to those with low family income, high test scores or outstanding grades. Affirmative action is not the only answer, and students who are truly at a disadvantage can be helped.

The only way to stop discrimination when it comes to college or job applications is to simply not consider one’s race at all. We cannot move on to a post-racism society until we stop valuing people based on their race. Removing affirmative action can be the first step towards a less divided society.