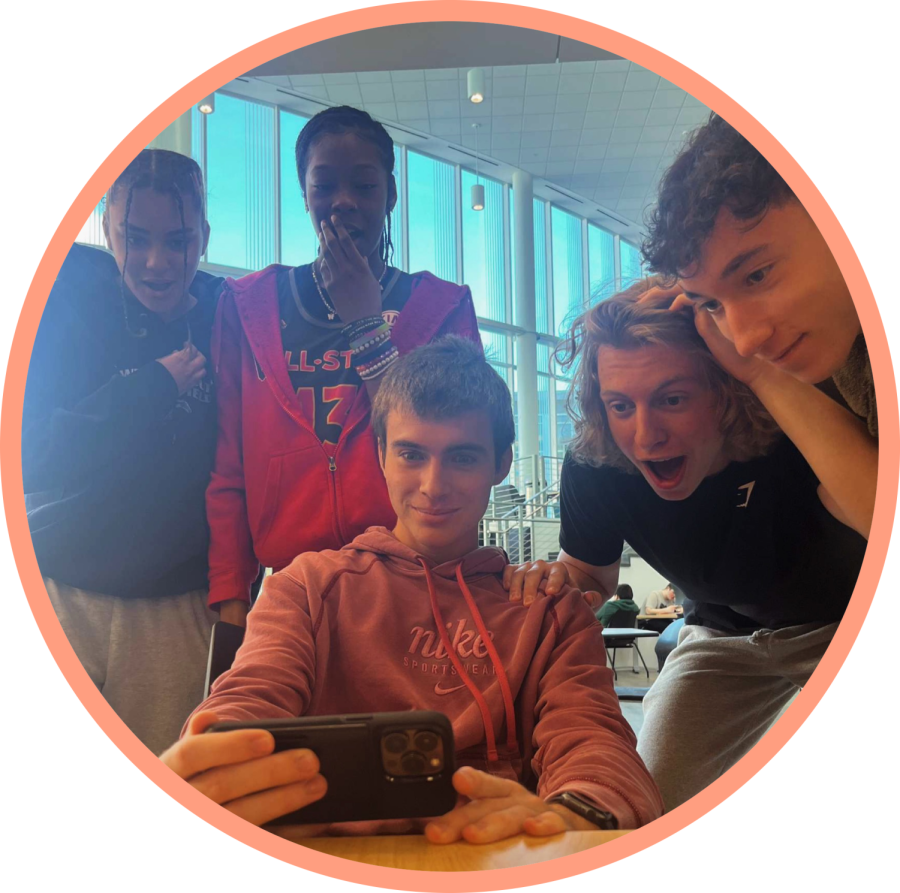 The spread of social media accounts is amplified by students around South.

School related social media accounts are very prominent in the social life at DGS. Ranging from cafeteria food reviews, to student affirmations, many find themselves connected to the multiple accounts popping up all around school. However, there are negative aspects must be conscious of their actions related to these DGS accounts.

The account DGS Affirmations became popular due to reposts from students.

Last year there was an influx of DGS meme accounts. Student-run Instagram accounts like DGS Foot, DGS Confessions and DGS Affirmations surged in popularity, amassing hundreds of followers. The posts ran everything from pictures of students sleeping, gossip blogs and memes about the Downers Grove community and were all incredibly popular amongst the student body. The most popular of these accounts was DGS affirmations, an Instagram account sharing jokes about DGS, which was run by me.

DGS Affirmations was filled with ironic statements: “I will not dissociate during class today” and “I did not fail my physics test” were some of the page’s most popular. The posts were satire on the dysfunctionalities of DGS, pointing out our community’s flaws in a lighthearted way.

“I liked the account, it was really funny. It wasn’t harmful, it was a little fun. I think it gave [DGS students] a sense of community because we would all share the posts. It was nice to see everyone come together even if it was just to make fun of the school,” Mendoza said.

The account was a highlight of my time at DGS. Seeing my classmates show each other my page and sharing the posts online gave us all a sense of community, and of course it was amusing to see the posts shared by my peers without them knowing it was me.

However, the account came to a standstill during May of last year. DGS Affirmations had amassed over 1,600 followers, and the viral nature of the account had made it so the majority of students had seen it. Unfortunately, this meant the account had garnered the attention of the DGS staff as well.

Student-run accounts were beginning to get shut down left and right by the school. The owner of DGS Sniffs had posted [Due to an encounter with the dean, we will be shutting down our account].

Fear began radiating through my bones. My account–my pride and joy, my celebrity status–was it all to be stripped from me? The worrying consumed me, and in order to prevent myself from having an encounter with the dean, I made the decision to terminate the account myself.

My empire had fallen, all my hard work was gone. And though it was my own doing, I was curious as to why the school was attempting to shut down school-related accounts.

DGS Dean Dr. Bryan Heap explained the situation to me.

“In short, it’s a liability. It’s hard when the accounts mention the school but aren’t affiliated with it, it makes it difficult to maintain the accounts. There’s always a concern for bullying and student-directed attacks,” Heap said.

Of course he was right. It would be naive to say DGS Affirmations was without its faults. For each light-hearted post about my hatred for physics, there were about 20 more submissions directed at other students; the account could have quickly become a hate page if I wasn’t careful. It was a fine-line to walk, and if I were to slip, I could have really hurt somebody.

I’m proud of DGS Affirmations, I still stand by a majority of the jokes I made on that account, but almost a year later, I believe the account had its time and place, and that time is now over. The last thing our school community needs is space for hate to be spread, and I’m pleased to say DGS Affirmations was shut down before it ever became that.

Instead of the account becoming corrupted, it maintains a fond memory for the students who followed the page. Junior Olivia Poplawska was eager to share her memories of the account.

“It wasn’t a DGS hate page at all really, it was more of an appreciation for the school’s faults. It made us come together as a school community, I’ll always remember it for that,” Poplawska said.

Students around DGS are influenced by social media everyday, especially since the most accessible kind is found right in their pockets. The expansion of social media accounts documenting the student body have been popularized and can spread positivity through niche topics. The Morning Shift and Primetime are two great examples of these micro-influencers around the school.

The Morning Shift, hosted by seniors Tim Dudasik and Josh Traugott features the boys trying different foods and drinks with special guests. While some videos are filmed in school, the hosts have also ventured out to local businesses. The two seniors have heard lots of feedback and promotions to follow or share the content have popped up around other students’ social media. 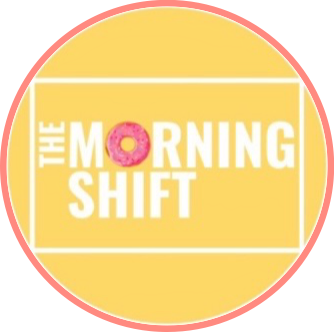 The account has 210 followers and guests like social studies teacher Greg Maloney. Positive comments have flooded onto their feed, and they are always reaching out to promote to students.

“It’s great to see how many people like our show, and we just want to continue what we’re doing. Filming reviews with teachers is more enjoyable and they appreciate the editing,” Dudasik said.

The hosts plan to make more content in the future and look forward to inviting more guests.

“Primetime” is a Snapchat story run by juniors Mia Passi and Lucas Ciocan. They review the energy drink Prime and interview students about their thoughts on different flavors. 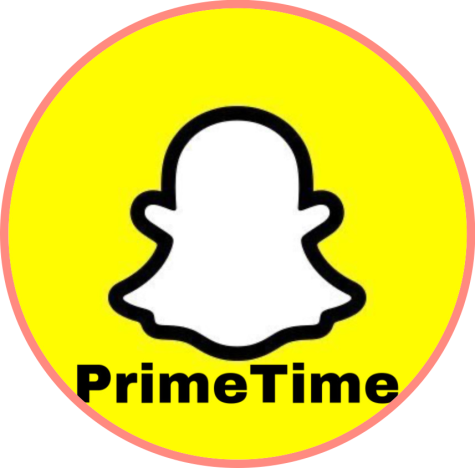 The more popular an account gets, the more the student body begs for the latest and greatest. Passi spoke on the pressure of pushing out greater content.

“It’s hardest to beat the content from the video before. We always want to put out something better,” Passi said.

While creating the videos and seeing the reactions is fun for Dudasik and Traugott, they are challenged in the time and effort it takes to make their well-edited content.

“The frequent upload schedule is the most challenging part of running The Morning Shift because of our schedule conflict and the time it takes to plan, film and edit. We want to put the best content out and sometimes that can be time consuming,” Traugott said.

The responses from the student body have been noticed by both accounts.

“It’s amazing to see people recognize me in the halls and even outside of school. We get a lot of positive feedback from students and teachers,” Dudasik said.

These social media accounts as well as others in past years often have a positive impact on the community and the humor and lightheartedness they bring is spread in the school when new content comes out. 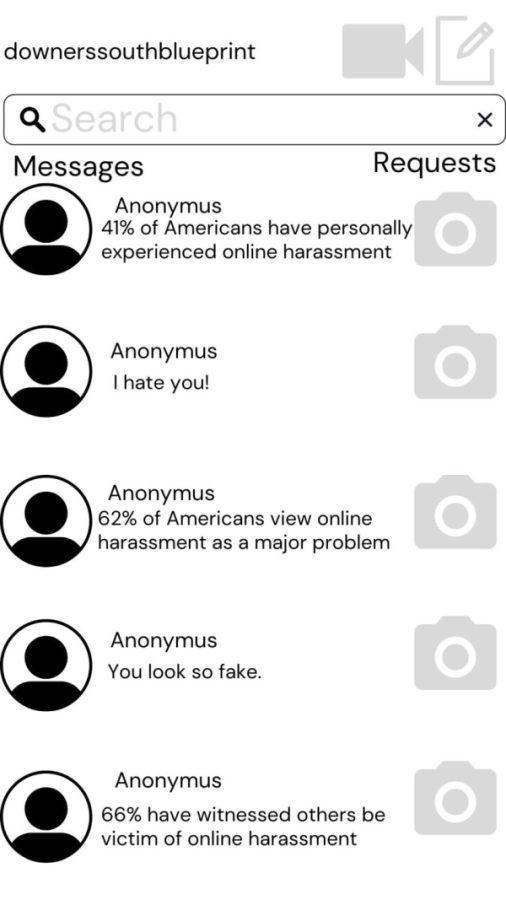 The glow of a notification tears through the darkness as yet another DGS meme Instagram account is created. What might this one hold? Lies, jokes, deceptions and gossip.

While a majority of these accounts are all in good nature, it is the accounts run by purposely hidden figures that often cause the most damage. Last year, students couldn’t walk through the halls without hearing somebody talk about the recent posts by one of the many DGS meme Instagram account pages.

The light jokes turned aggressive very quickly and got the minds of students wondering who the person behind these anonymous posts was. Senior Hayley Coronado saw the aggressiveness as these accounts grew in popularity.

“At the beginning, these accounts were really entertaining to me. As time went on, though, the things that were being posted honestly were disgusting and mean. Things like ‘this person is ugly’ or ‘this person likes this person;’ it honestly was really exposing people and in a way made me feel bad as a follower reading these things,” Coronado said.

Students can find themselves tense, wondering if the next post can be about them. Senior Zack Deplaris had a post made about him, which changed his perception about these accounts.

“I think it was really weird and unsettling that people were posting things about me when they had no affiliation with me, and I had no idea who they were or who was saying these things about me,” Deplaris said.

The situation escalated as first and last names were being dropped connected to these confessions. Junior Maeve Galvan expresses the curiosity that she and many others shared.

“I get a weird feeling because why would someone want to post these things about people that may be private information? I feel that other people telling them this or them knowing something about you personally and then posting it, just goes to show how gossip, especially on social media, can spread quickly, and it doesn’t help that most of these accounts are anonymous, so it makes you wonder who you can really trust,” Galvan said.

These anonymous accounts may be doing it out of fun and games, but there are actual legal consequences that come along with posting personal information about people without their permission. Leaving people wondering what will pop up on their screen next.