Teens stuck in the digital warp of screen time 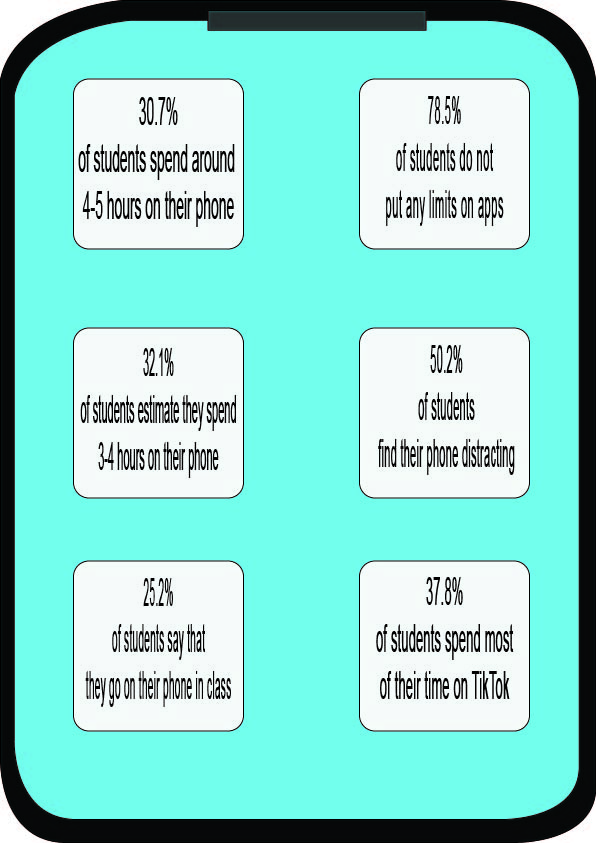 The DGS Blueprint sent out an email surveying the student body; 234 people responded to collect the information presented above

The room is dark except for the small square of light reflecting in their eyes. It’s a school night, but rather than getting a good night’s sleep, this student is up past 2 a.m. scrolling through TikTok. They have no intention of going to bed soon.

According to the American Heart Association (AHA), too much screen time leads to poor sleep, reading and social skills. The AHA states, “teenagers who spent more time watching TV, playing video games or on a computer were more likely as young adults to be obese and have…conditions that increase the risk for heart disease and stroke.”

On top of these physical effects, social media sites like TikTok have proven to affect students’ grade performance. The app depicts short, addicting videos, making it easy to spend hours scrolling through the clips.

When asked about social media, school counselor Kate Blader felt that there could be pros and cons.

“I think it’s about using it responsibly and knowing when it’s becoming too much, when you’re feeling a loss of control with it. I feel like the positives are connection and learning about others…I think you have to be careful with knowing what you’re seeing is not always reality and keeping that in mind while you’re on social media,” Blader said.

The balance between social media and real life can be difficult for teens to manage. It can help form bonds with others, but it can also be dangerous for teens’ mental health. Junior Drew Staser had something to say about the negatives of social media.