Superstitions, whether believed or not, are embedded into everyday life. These simple notions of good and bad luck can be found everywhere from your TikTok “For You” page to lunchroom talks.

Imagine a conversation with friends about something like an upcoming sporting event, when someone makes a prediction that a fan-favorite team will lose–the phrase “knock on wood” might be uttered, followed by a few swift taps on the nearest wooden surface.

Maybe the average person doesn’t wholly believe that knocking on wood will protect them from bad luck, but it is done anyway, just in case. These small behaviors often don’t draw much attention in the moment, but they represent the larger idea of superstitions being commonplace; habitual and normalized in day-to-day life.

For instance, it wouldn’t be out of the ordinary for a child to skip along a sidewalk, avoiding cracks in the concrete and muttering the timeless rhyme, “don’t step on the cracks or you’ll break your mother’s back.” It also wouldn’t be unusual for someone to spot a tails-side-up penny and flip it over to its face before moving on. All of these are just a few examples of superstitions functioning in the regular world.

Freshman Ky’m Young relayed the ways in which certain superstitions have become habitual for her.

“I do kind of follow the one about stepping on cracks, but subconsciously. Like when I’m walking I’m never like ‘Oh my gosh, it’s a crack!’ but I’ll just instinctively avoid them because I feel weird about it, like something bad will happen to me,” Young said.

As popular as superstitions are, some people find it hard to indulge in what can seem like irrational behaviors. For example, the idea of one’s luck being affected by simple mannerisms such as avoiding walking beneath ladders is often waved off as foolish. Nonetheless, even semi-believers can still look to superstitions for peace of mind, as Young commented.

Fellow freshman Emily Gnatenco similarly noted that she too tended to be more superstitious when she was actively hoping for good luck. 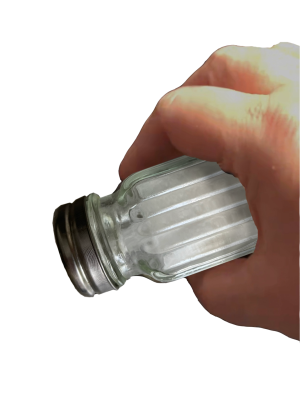 “I am [superstitious] when it’s convenient to me…I’ll knock on wood when I remember and need good luck,” Gnatenco said.

For Gnatenco, superstitions have a special place in everyday life, as her mother also practices common superstitions.

“[My mom] is generally a very spiritual person. Every other weekend or so she’s like, ‘okay, we’re going to do this for good luck’ and throws salt over her shoulder,” Gnatenco said.

The existence of superstitions dates back to the beginning of civilization. Today, they still seem to be going strong. Borderline unavoidable, superstitions appear in conversation, home life and individual thoughts. They’ve been around for a long time, and likely aren’t going anywhere.

So, which superstitions appear in your day-to-day?