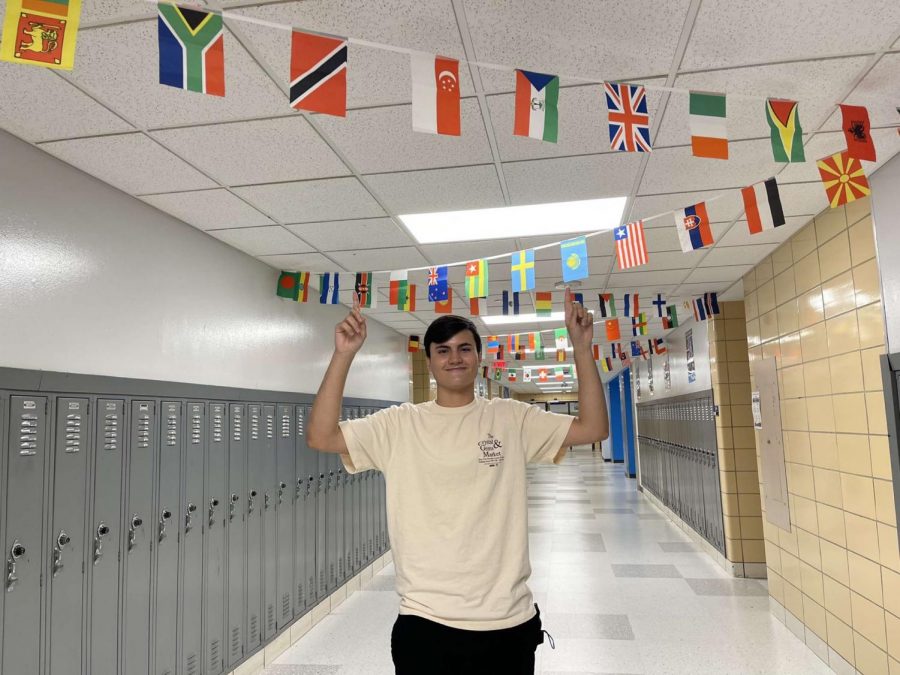 Papavero poses near his language classroom where he practices speaking French, his fourth language, almost everyday.

Senior Roco Papavero isn’t your typical high school student. Most students must learn a second language when in high school, but unlike those students, Papavero is on the way to learning a fourth language.

Ever since he was little, Papavero has spoken multiple languages. Now as a senior in high school, he can speak four. Papavero started off by softly explaining which languages he speaks and his level of fluency for each one.

“I’m fluent in Spanish, I speak conversational Italian, I am learning French right now and of course English,” Papavero said.

Papavero regularly speaks and uses those languages in his everyday life. When asked to elaborate, Papavero’s eyes grew wider, and he smiled as he began to tell a story about how he uses his different languages in public.

“I work at Target and this one time an old lady needed someone who spoke Spanish so I was able to help. She was very grateful that I was there. There have been multiple times where I have been able to help people with my languages,” Papavero said.

In addition to his language skills impacting his life in public, they also affect his life at home. Papavero mentions that his mom and sister speak Spanish, but his dad speaks Italian. However, their family communicates in a way where they can all understand.

“At home, we don’t speak [Spanish] because my dad doesn’t really speak it. So it’s mostly English to make it easier for everyone,” Papavero said.

Most high schools have a requirement for students to take two years of a language in order to graduate. Papavero smiled and let out a short, quiet laugh when asked why he chose to take French in school, rather than Spanish, a language that he already knew.

Rather than basing his favorite language on how well he can speak it, Papavero bases it on the language itself. When asked which language is his favorite to speak, he paused and looked at the ceiling.