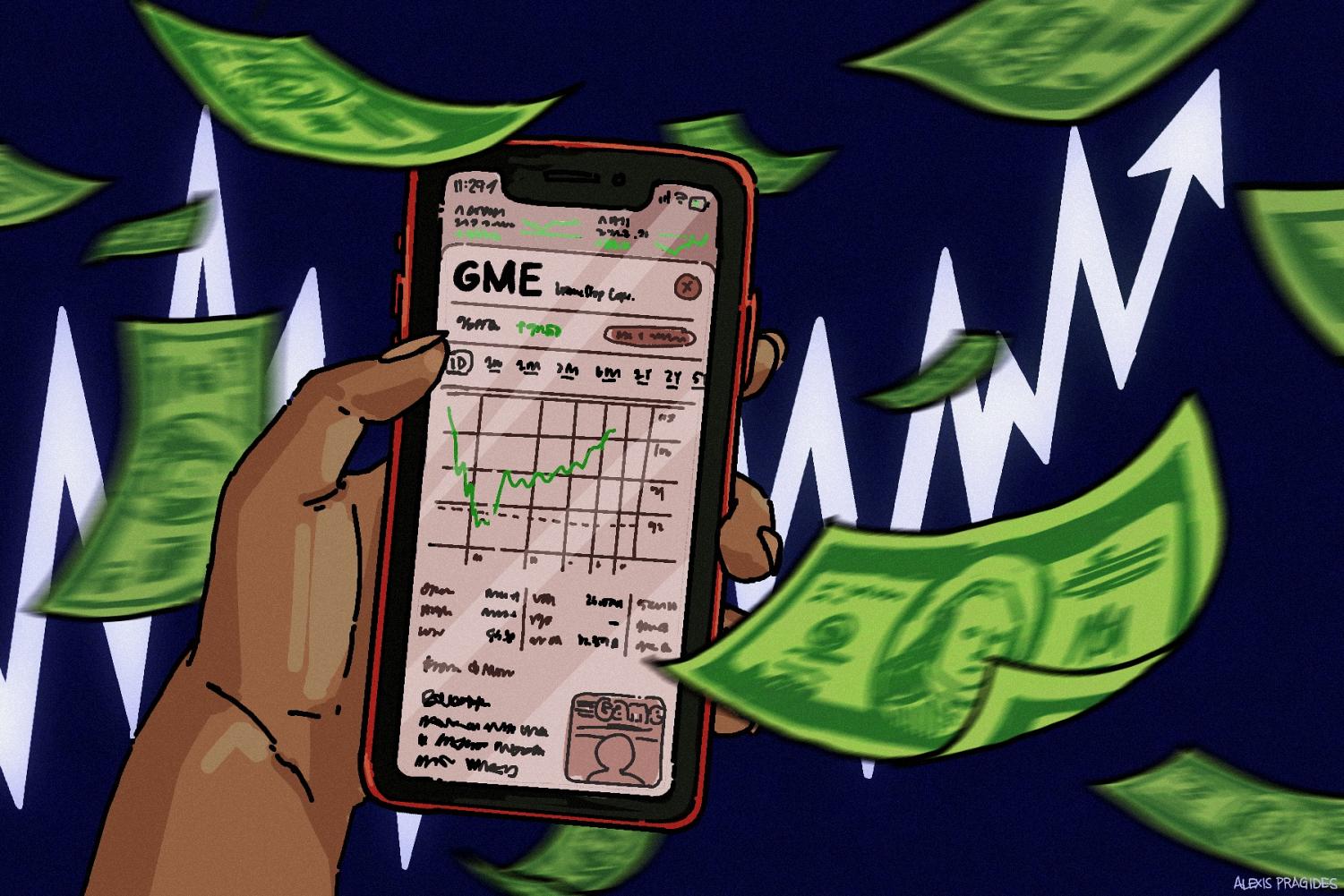 GameStop investors collectively drove up the value of GameStop in order to put hedge funds at a financial deficit. (Alexis Pragides)

GameStop investors collectively drove up the value of GameStop in order to put hedge funds at a financial deficit.

Growing up in America, we’re taught that the foundation of the American Dream lies in the free market. We’re taught that within the capitalistic system, anyone can find opportunity and become successful themselves.

Unfortunately for many Americans, the American Dream has been largely a myth. Even as the US economy grows year after year, wages have stayed mostly stagnant, the US is ranked 27th globally in social mobility and despite record numbers of Americans losing their jobs, the stock market has soared since shortly after the pandemic began.

Everyday Americans are struggling while Wall Street hedge funds are making more than ever.

Add onto this the long history of Wall Street hurting everyday Americans — for reference, the 2008 recession — and it’s easy to see why when news of Redditors taking down hedge funds as part of a coordinated effort broke, many cheered. Finally, everyday Americans, not billionaire hedge fund managers, were realizing success in the stock market. They were beating the hedge funds at their own game.

What they were doing wasn’t just right, it was American.

As is typical of the stock market though, there were winners and losers. While for the first time in years, everyday Americans were the winners rather than billionaire hedge fund managers, the losers seemed to be the market as a whole, which took a dip on Jan. 27. Critics would say this shows that the self-declared degenerates of r/WallStreetBets were destabilizing the market and hurting the economy as a whole — the critics are wrong.

But yes, the GameStop shorters did cause a downturn in the market for a brief period of time — emphasis on the word brief. The NASDAQ and S&P 500 have already fully recovered from their temporary drop.

The only difference between the events of the week of Jan. 25 and that of a typical week are the winners and losers. Rather than Wall Street manipulating markets and preying on everyday Americans like usual, it was the little guys that won. The Redditors beat Wall Street at their own game — and for that, all of us should feel like winners.

As Millennials and Generation Z (Gen Z) have grown into active members of the market and economy, a highlight point of conflict has markedly risen to the forefront of generational dissonance — many place blame on the Baby Boomer generation for the fragile economy that Millennials and Gen Z must now attempt to fix.

Rightly so though, as when taking a look at the circumstances that have caused the conditions of the economy, many maneuvers aimed to put money into the pockets of the wealthy have come at the expense of everyday Americans.

In response, eligible Gen Z and Millennial investors have aimed to take down Wall Street — run by the Baby Boomers that left them stranded in a feeble economy. Yet, it feels as though Millennials and Gen Z fail to understand the hefty economic consequences that may arise from this attempt.

This relationship was particularly notable in The Great Recession of 2008 — at the same time as many investors saw upwards of 30% decreases on their investments, it was seen across the country that the economy was being chipped away at as home values decreased greatly, foreclosures swept the nation and unemployment rates hit record highs.

What Redditors now aim to do is deal pay-back to the wealthy Wall Street players that had a hand in occurrences like the recession. But what they fail to consider are the long-term consequences — economic volatility, large-scale market dysfunction and even financial crisis — of a domino-effect that may come as a result of this organized effort.

It’s true that much of America’s wealth is placed in Wall Street, but this wealth makes up part of the foundation of the global economy. Not only does it stabilize the national economy, but it upholds the same integrity internationally as much of the global market is dependent on the US. The stakes go beyond just Americans and into the countries that depend on US trade.

While the anger towards the capitalist system is understandable, the consequences of tampering with it expand far past emotion. The GameStop effort has been brief, and likewise, as was the drop in NASDAQ and S&P 500. However, if the effort was more widespread and on a longer run than it has been, it’s likely that affected stock exchanges would’ve seen longer runs of decline as well.

Yet in spite of the fact that the GameStop investors’ efforts have not taken a huge hit on the market and economy, succeeding efforts that may come as offshoots most certainly could.

More harmful undertakings are already being thought about on large platforms like TikTok. Just three days after being posted, one man who discussed in a TikTok a plan to collectively collapse the US banking system gained over 300,000 likes.

The ramifications of the GameStop Wall Street takedown have the potential to wreak havoc on an economy that we are shaping for ourselves.

Hypocritically, it seems as though Gen Z and Millennials may be following in suit of the Baby Boomers, as an unforeseen consequence of their rebellion potentially damages the very economy that they are trying to build for themselves and future generations to come.