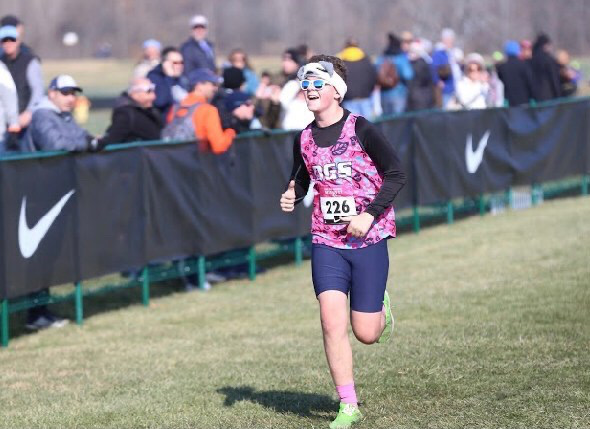 Luke Willer engaging in cross country; one of his many hobbies.

Sophomore Luke Willer is a typical 15-year-old teenager with many friends, hobbies and goals. The interesting thing about him is that he could’ve been 17 right now if he hadn’t been frozen in a petri dish for two years.

When Willer was in the fifth grade, his mom had told him he wasn’t a typical baby. In fact, he was in the works for over two years because he was born “in vitro fertilization,” otherwise known as IVF. He is what is known as a test tube baby, though that label doesn’t bother him much at all.

“It doesn’t really affect the way I see myself very much. It kind of just became a funny story for me to tell people,” Willer said. “I mean I think I turned out pretty well, maybe, maybe not, we don’t know yet.”

What makes this story all the more interesting is that he could’ve had a twin. Willer was from the same embryo as his older brother, but his parents decided to freeze him for the safety of all involved. Willer thinks about that decision a lot and how things could have been different for him and his family.

“Every once in a while I think about the fact that I could have been twins with my brother. I think that’d be interesting or certain things where it’s like ‘I wish I was older,’” Willer said. “I think ‘maybe if I just wasn’t frozen for two years I could’ve been doing that right now.’”

Willer’s feelings toward the IVF process reflects his extensive understanding of the topic as well as how life works. He mentions how for others, IVF may be the only option to have children.

As a test tube baby himself, Willer talked about the possibility of having an IVF child in the future and whether or not that would be something he’d consider in starting a family.

“I think if it came down to it and I needed to I probably would. If I really want to have a child that bad, I don’t see why not,” Willer said.

The miracle of life and the many ways people come to be is not limited to one possibility. Willer is just one of the many examples of one of those alternate stories.