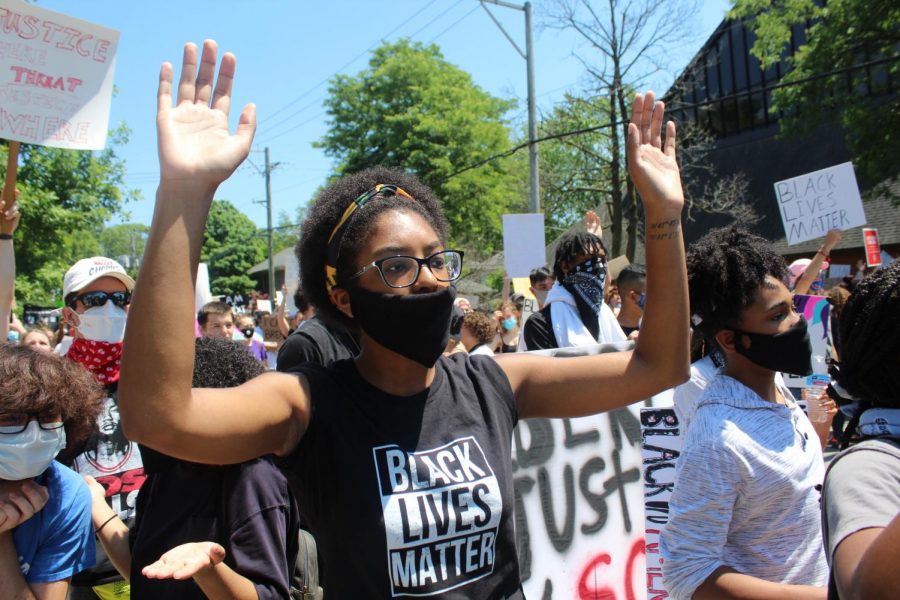 This was taken by @wardup.photos in March in Downers Grove, IL.

Letter to the editor: Part II from former DGS students

If you are a student living in one of the apartment complexes along or townhouses around Fairmount Ave, you would have a very similar experience to many other students at District 99.

Every seat is full and sometimes even illegally overcrowded. There may be three to a seat and may be some kids standing or sitting in the aisle. Some kids both on the way to school and on the way home will step onto the bus, look at the situation and walk right back off.

However, one important characteristic to note here is that most all of the students on this bus are Black and Latinx.

Is this intentional? Most definitely not. However the school fails to take into account many factors when making decisions regarding the transportation system.

Black and Latinx students often feel alienated at after-school activities in which they are often one of few if any students of a racial minority present and where almost all advisors and coaches are white. Due to housing discrimination, income inequality and other systematic issues, racial minorities tend to live in higher density, lower cost housing.

Due to income inequality, many POC students might not have their own cars.

This causes a high demand for POC students to need to access the buses.

However, due to the current merit system for giving parking passes our school has, POC students with their own cars might not be able to get parking passes.

These factors weigh on whether students can get parking passes and reinforce existing inequality. In order to get to school, many Black and Latinx students must accept being on an overfilled, frankly dangerous bus, illustrating one of many obstacles standing in the way of getting students to school.

However, the district punishes students for not getting to school and their classes in a timely manner despite all of the obstacles that impede Black and Latinx students from getting to and being present at school with any sense of dignity and self-respect.

This now brings us to the punishment system. Over our time in high school, the district introduced the use of “swipe stations.”

At these stations, students caught by student supervisors, security guards and the in-school police, in the hallways after passing periods without a pass signed by a faculty member of the school are directed to swipe their student ID cards with the disciplinary punishments given after a certain number of swipes.

Through this, the school did lower the overall number of tardies.

However, it also invested itself in a solely punitive system to punish misbehaviors that are actually rooted in attitudes regarding larger systematic failures of the school system. Essentially putting a band-aid on larger issues.

Swipe stations have in essence become the high school hallway equivalent of a stop-and-frisk.

First, because it enables inherent bias. Second, because it diverts resources to actually address the structural issues that cause the misbehaviors.

For people of color, this is a dangerous way to enforce a policy.

The broken-windows theory teaches that signs of smaller misdemeanors and antisocial behavior going unchecked create an environment in which larger problems get worse and persist due to the visible lack of commitment to the community.

Using such a philosophy, the practice of stop-and-frisk was implemented. Many cities like Chicago and New York City would enforce a form of active policing, searching citizens in the streets for weapons and drug possession, in an attempt to dissuade networks of criminal activity.

However, this ever-so-famously was an attack on communities of color, specifically Black and Latinx communities.

This is because the police’s discretion of who looked like a criminal and who didn’t was driven by racially charged biases both explicit and inherent. Methods like this, both as formally enforced policy and undertaken through informally taught standard procedure, drove a sense of alienation within minority communities who were dehumanized by such harassment.

The second reason why stop and frisk was a failure was that it punished minor crime but also escalated tensions between the police and communities and took resources from solving the major systemic issues, possibly increasing more major networks of crimes.

At DGS, proactive policing of petty issues takes resources away from programs that empower students to care about their education, community or future and from figuring out why there is disinterest from specifically POC to actively participate and be present in their classes.

We have many, many people monitoring our hallways but just one restorative justice coordinator.

Having one restorative justice practice implemented for out of school suspensions misses a whole network of ways in which this philosophy could build a standard way of effectively correcting and preventing bad behavior. Through it, DGS could teach students how to take more accountability for their actions and how to be better participants within their community.

Through pairing these practices with preventative measures to try to transform the school climate, DGS could learn how to build the school community to be more accessible to students from minority backgrounds.

District 99 should be mindful of hiring have Black and Latinx therapists and counselors. Or at the very least, make sure the counseling and support staff are continually trained in their cultural competency in regards to race and institutional barriers facing their POC students.

Swipe stations failed once, because many teachers didn’t send students to them possibly recognizing the unintended racial and behavioral consequences.

Swipe stations failed twice because so many students were getting detentions that as a result that there weren’t enough places to hold them, making a literal waiting line to get a detention. In response the school increased the number of swipes before one gets a detention from 3 to 10.

Swipe stations continue to fail us because it reinforces a lowered self-worth and a lowered sense of community. It teaches the Black and Latinx students that it disproportionately affects that they aren’t worth the energy of being listened to but are so unworthy as to be punished and excluded.

The school needs to show that Black lives matter, instead of treating them that they’re a problem that isn’t worth the energy of solving.