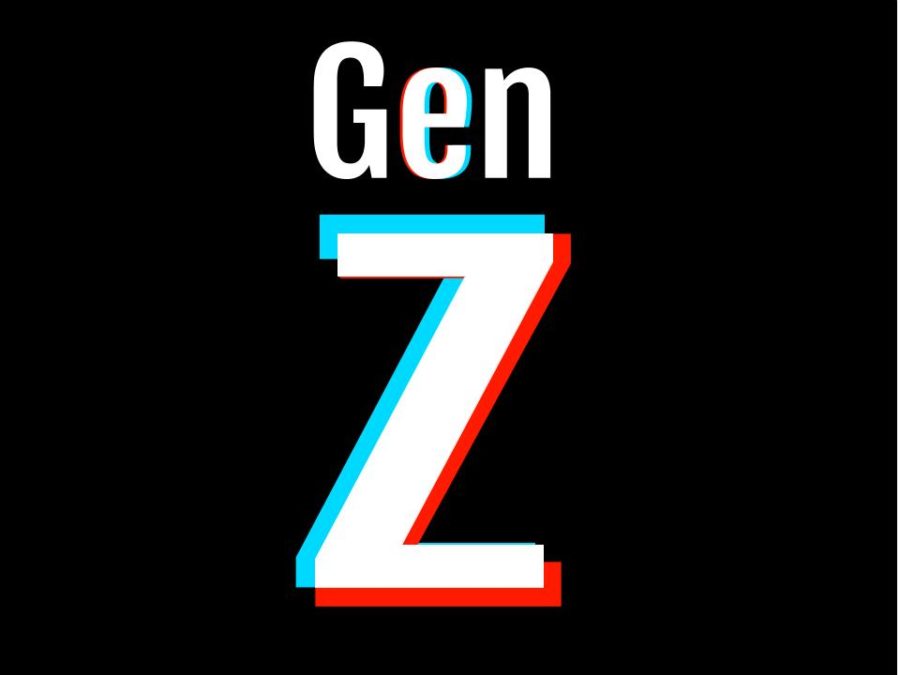 TikTok’s popularity has exploded in recent months, especially among members of Gen Z.

Gen Z, the generation born between 1997 and 2012, has many labels: the post-9/11 generation, the school shooting generation or even the anxious generation. However, some say nothing has defined Gen Z more than the emergence of social media as a cornerstone of their lives.

While Facebook and Twitter once dominated the social media market, Gen Z has made newer platforms like TikTok their home. In just over three years since its release, TikTok has already reached 1.5 billion users, with 40 percent of them being under the age of 20.

This surge in popularity may seem to conflict with the general consensus on social media, with 82 percent of Americans saying it wastes our time. However, it’s easy to see the appeal of the platform when talking to members of Gen Z. One such member is junior Megan Fogarty who shared her thoughts on the platform and how she uses it.

“The best thing about TikTok is that it always makes me laugh and it’s fun to see my friends‘ posts. I make TikToks for fun but I usually only make them with friends,” Fogarty said.

Connecting to others is central to most social media platforms’ purposes however while other apps like Facebook have been criticized for things like misinformation and privacy concerns, many in Gen Z believe that TikTok remains a platform true to its purpose of connecting with others. This authenticity is something social studies teacher Brennan Lazzaretto found particularly positive when making TikToks with his students.

The return of Dr. Lazer💎

“[Making TikToks] is a fun experience to learn a dance quickly and work as a group to perform a TikTok. I like to make a video that is authentic and genuine which means limited practice and repeated recording,” Lazzaretto said.

Other teachers at DGS have also found TikTok to be a positive in the classroom as it allows them to connect to their students in a way that would be impossible without it. Math teacher Andrew Kaim talked about how the app has helped him to bridge the generational gap and connect with his students.

“I thought it was great to be part of something that students are enthusiastic about and was a great way to have a fun time with students. Students can see that teachers have a human side and that there is more to them than just someone that teaches,” Kaim said.

The track girls are back🏃🏻‍♀️

“Personally, I think that making a team TikTok was very fun and now our team can bond over TikTok dances we have learned or even just sing together on runs. Making TikToks can be an easy way to get closer to someone or even be something to do when you are bored, so we made TikToks because it brought our team closer together,” Diddia said.

Diddia’s experiences run counter to what many believe about Gen Z — that they are unable to socialize because of social media. However, for Diddia and many others, social media has enhanced her interactions with others and brought her closer together with her team.

Diddia’s teammates also believe that making TikToks has brought their team closer together. Senior Kennedy Warden believes it can also serve as an escape from the stresses of training.

“Making a TikTok as a team is always very funny and it’s cool to make it with lots of people because it’s more fun that way. I think that it helps bring our team closer because we get to relax and take our mind off of running for a while,” Warden said.

In addition to connecting with teammates, some members of Gen Z use TikTok to share their parts of themselves with the world. Junior Ben Tunney uses the platform for this very reason.

“I make TikToks because I think that I’m funny and have good ideas and want the world to see them. While some just copy others to try and get viral, I try to be creative and really express myself,” Tunney said.

Overall, while the way Gen Z chooses to share and connect to others may not be conventional by yesterday’s standards, they are making social media their own and redefining what it means to be social in the social media age. To do this, they are capitalizing on the potential of platforms like TikTok to share with friends, connect with teachers and express themselves through an outlet previous unavailable to teens.