Chicago is a rodeo but these Bulls aren’t kicking yet 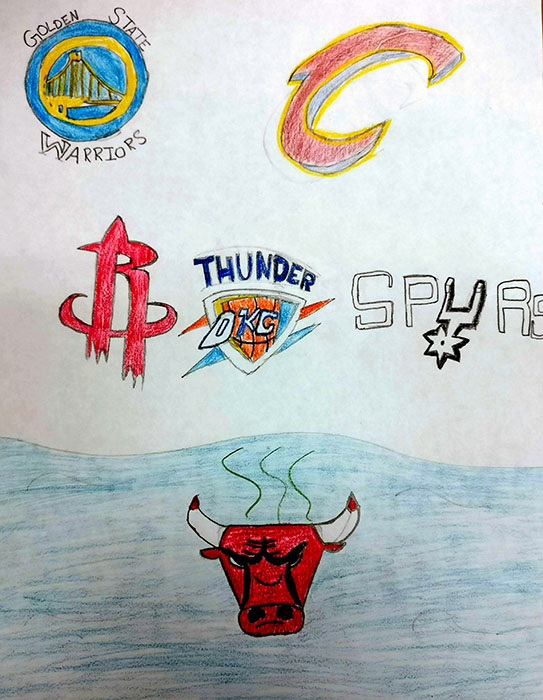 Six rings. Eight years. Those were the glory days of Chicago basketball.

Regardless of age, if you are a Chicago Bulls fan, you still long for a return to those mythical days of the 1990s when Michael Jordan, Scottie Pippen and head coach Phil Jackson led the franchise to become one of the greatest dynasties in both sports and basketball history. You also know that the team hasn’t exactly encountered the same level of success since then, boasting a total of one Eastern Conference Finals appearance and zero NBA Finals appearances since 1998, and over the past five years, the team has been on a downward spiral.

I myself am a hardcore Bulls fan. My mom, the biggest Jordan fan on the planet, swears my first words were “Three-peat. Twice.” OK, that’s a stretch, but you get the idea. Some may consider my fandom borderline obsessive, but indeed a huge portion of my life is dedicated to knowing everything in relation to both the NBA and my hometown team.

Therefore, one can realize the level of pain I have endured the past few years as I slowly watched a legitimate title contending team disintegrate into a fringe playoff team and now a lottery team. I have finally come to accept the truth which is that the Bulls are once again rebuilding. Generally, such a thought would be incredibly depressing to a lifelong fan.

However, I have discovered that this currently is the best course of action for the Bulls as well as the majority of the NBA right now. The Golden State Warriors and their star player Stephen Curry, have been using the concept of “small-ball,” a play-style where a team sacrifices their size by putting more shooters on the floor to create court spacing. Nearly every team is changing their roster construction from previous models to allow for more sharpshooters and be like the Warriors. Unfortunately, the Bulls have never been a team known for its shooting, but rather for its hard-nosed defense and inside scoring.

Furthermore, with the Warriors’ addition of Kevin Durant in the 2016 offseason, the NBA is currently in a state where it only makes sense to compete if you’re already at the top of the mountain and can compete with the Warriors. If not, then it is a race to the bottom. That’s exactly where the Bulls want to be this season.

Since the Bulls are absolutely atrocious right now, no big-name free agent would genuinely consider Chicago as a destination. Consequently, the only way the Bulls can rebuild right now is through the draft and being so bad that they have a shot at a top-three pick.

Considering that the 2018 NBA Draft class already looks promising with prospects such as Michael Porter Jr., Marvin Bagley III and Luka Doncic, the Bulls would be smart to initiate the tank job. On the bright side, the Bulls have already set themselves up pretty well after this past offseason. After another mediocre season culminating in a first-round exit to the Celtics, the Bulls front office finally decided to blow things up.

According to Associated Press NBA writer Jon Krawczynski, the Bulls traded All-Star shooting guard Jimmy Butler and the 16th pick in the 2017 NBA Draft to the Minnesota Timberwolves for point guard Kris Dunn, shooting guard Zach LaVine and the seventh overall pick in the draft — which the Bulls used to select sharpshooting power forward Lauri Markkanen out of Arizona. Though the public consensus at the time of the trade was that the Bulls got robbed by the Timberwolves, in actuality the Bulls got about as good of a deal as they could have hoped for. The trade gave the Bulls a couple nice pieces to build around for the future which is exactly what the Bulls were looking for when trading their All-Star wing.

Though he’s coming off an ACL injury, many expect Zach LaVine to return and be the focal point for the Bulls this season. While some may have considered future Hall of Famer Dwyane Wade to occupy that role, according to the Chicago Tribune’s K.C. Johnson, the Bulls and Wade reached a buyout agreement which made Wade an unrestricted free agent before he joined the Cleveland Cavaliers. Following a career year where LaVine averaged 18.9 points on 46 percent shooting, Bulls fans are hoping he continues to improve and develop into a star as the “first option” on a new team.

However, the real X-Factor here is Lauri Markkanen. Following the draft and a poor Summer League performance, expectations around the league for Markkanen were low; however, he has managed to prove many of his doubters wrong after his strong showings as a member of Finland’s team in the FIBA EuroBasket tournament. He averaged 22.6 points on 55 percent shooting from the field, and 50 percent on three-pointers.

In the few games he played, Markkanen shocked many by displaying the entire repertoire of skills he has under his belt. Originally labeled as just a spot-up shooter, he showed he also possessed the ability to grab rebounds, dominate mismatches in the post, beat opponents off-the-dribble and be clutch. So far, Markkanen seems to have the highest ceiling on the roster which should be a good sign for fans.

For those who have been watching the Bulls preseason, there have been some moments of promise. Various youngsters, such as Bobby Portis, Paul Zipser and Denzel Valentine, have begun to make big strides in their level of basketball IQ and overall ability and effort on both ends of the floor. That is not to say there are not also very visible struggles. These early signs indicate that it is a young team bound to struggle, but it is also one with the potential to grow into a great team one day.

So what does this all translate to? The Bulls are waiting out a storm of numerous other teams and have a couple nice young players with tremendous upside.

So what? Well, that all depends on how the Bulls’ season goes this next year. The idea is that by being bad for the next few years, the organization can develop into the league’s newest young team full of talent and become a hot free-agent destination in a big future offseason.

If players like LaVine or Markkanen can develop into stars alongside a potential draft pick like Porter, Doncic or Bagley, an All-Star level talent can be drawn to the bright lights of Chicago and become the leader of a very talented squad. Someone like a Kyrie Irving or Kevin Love could help turn that hypothetical squad into a championship contender.

So while ESPN’s Preseason Basketball Power Index has the Bulls projected to be the worst team in the league this next season, I know that in the end, it is for the greater good. Sometimes to be the best, you have to endure the pain of being the worst. If all goes according to plan, maybe one day I will have a son who’s first words can be, “Three-peat. Four times.”