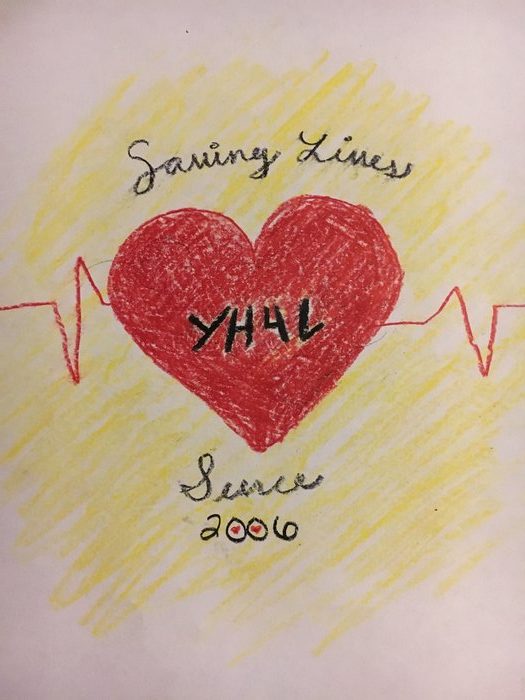 On Oct. 26 the non-profit organization Young Hearts for Life will be giving free cardiac screenings to students during their gym, health, drivers ed and study hall periods. Electrocardiograms (EKG’s) will be given to every student who signed up for the cardiac screenings, and on staff cardiologists will be present to interpret the results.

“[It] checks to see if you have any heart-related issues [by using] an EKG,” Kuchta said.

The EKG takes three minutes and will be used to detect heart activity and possible abnormalities.  An EKG can detect up to approximately 60% of heart-related issues that a simple check-up with a stethoscope cannot.

Gym teacher Dave Burton explained what the EKG consists of.

“They put two electrodes on you and it runs [an EKG] and then you’re done,” Burton said.

Each EKG is done privately in individual stalls separated by gender in the large gym with female on one side and males on the other.  Results of the EKG will be emailed to parents three to four weeks after the evaluation.

“[Young Hearts for Life provides] early screening, early diagnosis, if there [are] any issues, maybe a family history of it, [but] there might not be,” Kuchta said.

Young Hearts for Life has the ability to save lives of students who may have an unknown heart-related condition, like a cardiac arrhythmia.  Many cardiac issues are hereditary and could go undetected by routine doctor check-ups.

Senior Tracey Kulaga had a cardiac screening during her sophomore year and plans to have one again this year.

“If you have any problems that haven’t been detected before you can figure that out now, and if you have a problem you can get it solved and live a happier longer life,” Kulaga said.

Both Burton and Kuchta encourage all students to get cardiac screenings performed.

“I would encourage everyone to get it. I had a cardiac screening later on in life and they found out that my personal issues are hereditary but they’re not life-threatening,” Kuchta said.

“I actually don’t know why anyone wouldn’t do it. It’s like a painless free thing that checks to see if anyone has any cardiac problems.  It just makes sense to me that everyone would want one, I would want one,” Burton said.

The test was last offered two years ago, and it will be the first year it is offered to current freshmen and sophomores.  Many freshmen are not aware of what Young Hearts for Life is.

“I am doing it, [but] I don’t know what it is. My mom was just like, ‘Hey you’re doing it. There is a free heart scan,’” Freshman Jack Kulaga said.

Older siblings, parents and information given out in gym classes can help educate underclassmen before participating in a cardiac screening.  It is recommended by Young Hearts for Life that an EKG be done every two years for an individual up until the age of 25, and are offered every two years through DGS.

Both of the Kulaga siblings think the cardiac screenings should be done more often at school.

“It should be every year because what if there is a new person at school every year?  They should require the freshman to do it when they come into school and then you’ll know every year if you want to get it again when you’re a sophomore, junior and senior you can.  But then you know that everyone has taken it freshman year,” Tracey Kulaga said.

The cardiac screenings have a 2% chance of results being falsely positive, so Young Hearts for Life recommends that if there is a detection it be followed up with the family physician for further diagnosis.  Parents can sign kids up at http://www.yh4l.org/register/ or through the DGS website.