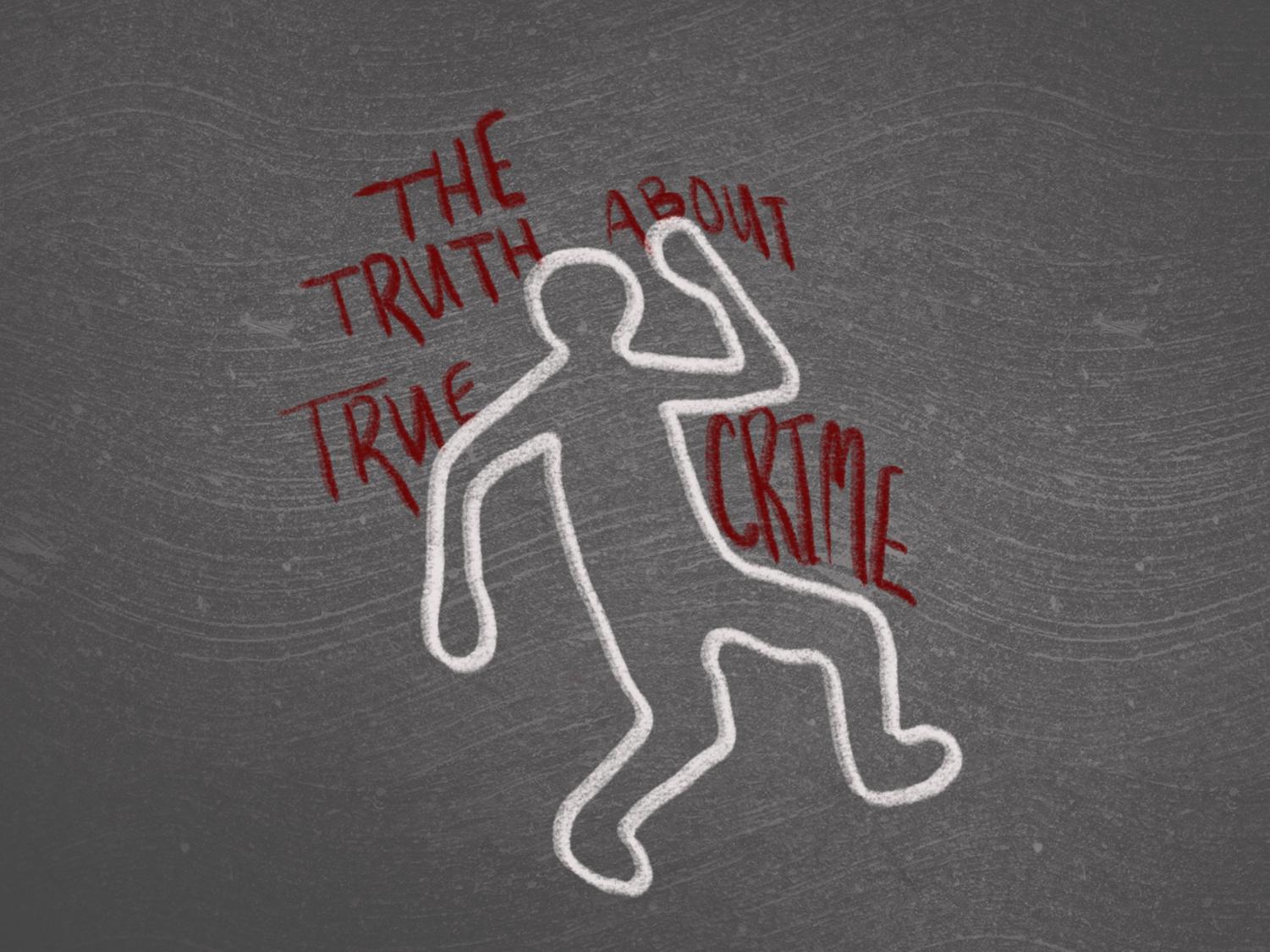 When consuming true crime, people often wonder if it is a harmful habit to get into. (Gwendolynne Royle)

When consuming true crime, people often wonder if it is a harmful habit to get into.

Uncovering the truth about true crime

From people binge-watching Youtube videos about Ted Bundy to pigging-out on podcasts about Giulia Tofana, it is safe to say that the masses are obsessed with true crime. While the interest in true crime isn’t a new phenomenon, new digital mediums have created a platform in which it can be shared and consumed constantly. In the last few years, many people have begun to speak out against true crime and what the effects they believe it has on modern society.

Many are concerned with how this constant access to stories filled with atrocities can affect people. Senior Meg Thomas shared her opinion on why true crime can be harmful.

“I think that it creates an almost fictional outlook on some serious events. Sometimes it can be harmful for the families of the victims. A lot of true crime sources care more about the publicity than respect for families that have lost someone,” Thomas said.

This idea of the “fictional outlook” on tragic events is one that many take issue with. Some believe that this could stem from why people are interested in true crime and why they started consuming true crime media. English teacher Alison Helms explained how her true crime fascination began.

“I think I got weirdly fascinated with it when I was in elementary school when the unsolved mysteries shows would be on at night. A lot of my first books were mysteries, like Nancy Drew. Crime solving was my first love in terms of reading,” Helms said.

With this origin story in mind, one can see how the fictional world of girl-detective archetypes can start to blend in with the stories about real people and their experiences. Many argue that this fictionalization is a form of desensitization. In response to this concern, DGS counselor Diana Benoist raised a counter argument.

“I think that exposure and understanding of what it is to be a victim of a crime, or how crime impacts our society can also have the effect of inducing feelings of empathy. Maybe it makes us more sensitive to the plights of others,” Benoist said.

This ideology was echoed by senior Brenna Humphris who has consumed true crime media for the majority of her highschool years.

“The world can be a scary place, and it’s better to know about these things than to be oblivious until you learn about it later on,” Humphris said.

While preparing people for potential traumatic events is a positive attribute, some believe that this preparedness is really just harmful paranoia in disguise. Sophomore Abby Martin who has been exposed to true crime since she was six-years old, shares this view.

“I feel like since I was exposed to this material at such a young age, it has ingrained a sense of paranoia in me and has had a negative effect on how I viewed the world growing up. I have also grown desensitized to extreme violence,” Martin said.

Another issue many take up with true crime is who the narrative is almost always focused on: dead white women. The video produced by Khadija Mbowe linked to the right provides a detailed analysis of “missing white woman syndrome” at minute-marker 13:37.

Helms explains how she has had to make an effort to broaden her worldview within the true crime media she consumes.

“Knowing that a lot of my early obsession and interest with True Crime tended to be around serial killers who are focusing on white women victims. For a long time, I didn’t question how narrow and inaccurate of view that was,” Helms said.

This issue has been heavy on people’s minds recently with the case of Gabby Petito.

Gabby Petito was a van-life influencer who went missing, and was later found dead, while on a road trip with her fiancé. The whole internet became obsessed with the case and Petito made major headlines around the world. But people were left wondering, if they had gone missing, would they be receiving the same kind of attention?

Helms elaborated on her earlier point through the Petito example.

“A good example of that would be the recent Gabby Petito case and all of the attention around her disappearance, and murder, and then all of the voices who clearly raised the point of ‘Yeah, there are probably hundreds of missing Indigenous women from that same region and there’s not been the same kind of outcry or interest in their case,’” Helms said.

Why are people intrigued?

In spite of all of these concerns, people are unrelentlessly intrigued by true crime. Benoist offered insight on why she believes that is.

It’s a gossipy fascination with why people do bad things”

“But I think that it’s like that, saying that it’s a train wreck and you can’t look away. There’s this fascination that we have with tragedy and I think it’s human nature,” Benoist said.

“I think there’s a little bit for some people by watching a tragic, horrible, difficult situation. Sometimes it does put our own lives in perspective, in a good way. We’re, we’re grateful that we’re not that person. But we’re kind of fascinated by what is different and what is scary,” Benoist said.

Through both the arguments for and against true crime and its teachings, the discourse forces people to evaluate the types of media they consume and how it affects others.