Why I changed my opinion on hallway crowds 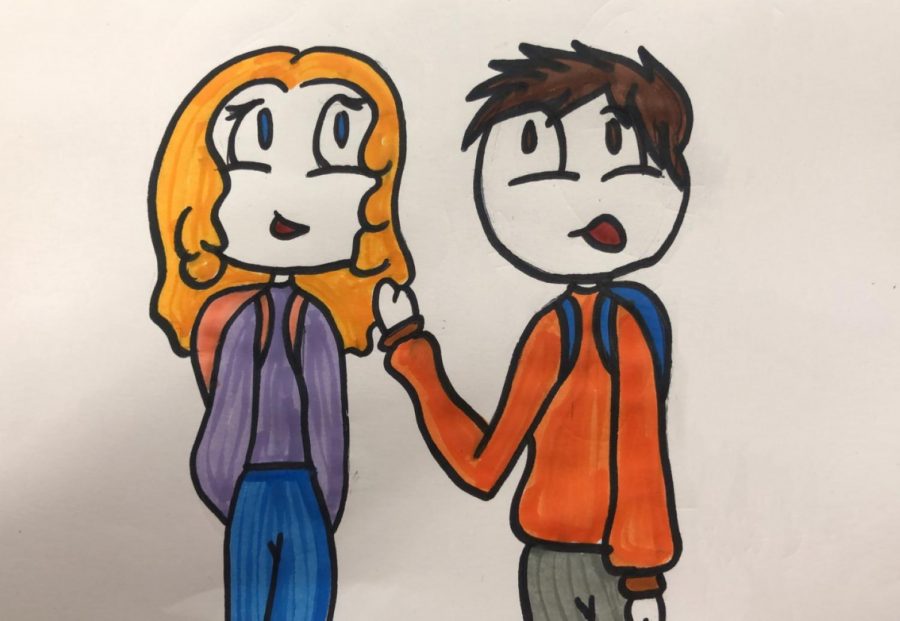 Now that all DGS has returned to full 8-period days, students must adjust to more crowded hallways.

Every student at Downers Grove South knows the familiar feeling of annoyance when standing in a student-packed stairwell wondering if you will make your way to freedom before the dreaded long tone of the bell rings, indicating the beginning of the next period. It seemed every day during my freshman year I went out of my way to find the emptiest stairwell possible to avoid the inevitable crowds, but that all changed when I arrived for my first day back of sophomore year one brisk October morning after months of remote learning. While I expected to walk into a bustling school of excited students, I instead was met with the grim scene of a ghostly empty hallway.

This was a continued reality throughout the entire 2020-2021 school year. Even when District 99 moved to a hybrid model where students had the option to attend full in-person days four days a week, around half of students remained online for the final weeks of school. While the hallways were busier than they had been in October and then again in January, there still seemed to be that continued eeriness about the school due to the lack of students walking throughout the hallways.

It wasn’t until Aug. 3 when the district officially announced that they were planning to move back to a full 8-period schedule with no remote option for students, that I realized that Aug. 13 would be the first day that south would have the entire student body within its walls in over a year and a half. This was an exciting step that the district was making, as it symbolized a return to a normal high school experience for me and my peers.

When I walked into the building on Aug. 13 for the first day of my junior year, I was excited but admittedly overwhelmed by the number of people walking throughout the halls. In just a year and a half, I had forgotten what a school full of students looked like. The pandemic also caused me to forget that more students equaled an increase in crowded hallways and stairwells. For some students, these crowds could be a source of anxiety, but for me, I felt very safe, as all students were required to wear masks and I had already received my COVID-19 vaccination several months prior.

While my freshman self would have been extremely annoyed to be caught in a crowded stairwell for several minutes, I was surprised that I actually felt an overwhelming sense of relief that I finally was once again experiencing the struggles that a normal high school student goes through. I no longer pitied myself for all of the experiences I missed out on during my freshmen and sophomore year. The crowded hallways felt like a new beginning for me and a light at the end of what has seemed like a never-ending tunnel.

It is through the pandemic that I have learned to never take little annoyances like crowded hallways for granted, as you never know when something so minuscule can be taken away from you. I never thought that I would miss having crowded hallways, but somehow being apart from my peers and school for an extended period has taught me that I value the community that DGS has to offer its students, and if that means I have to stand in a crowded stairwell, I’ll take it.