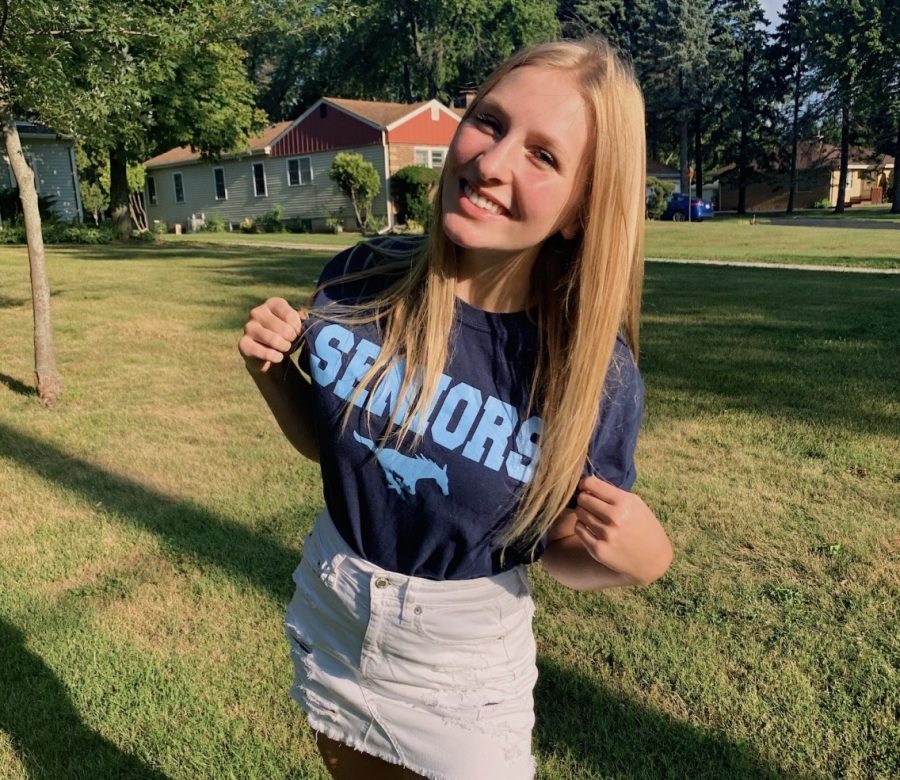 Attending senior year during a pandemic made me so much more appreciative for the in-school days that I had.

Completing my senior year in the midst of a global pandemic was never on my bucket list, but I got to check the box anyways. I remember the uncertainty and hope I had while waiting for the district to announce if we would have our first day of school in person or begin our semester remotely, and spending time memorizing the class schedule only for it to be changed again a week later.

There were senior traditions that I was unaware I even wanted, and I missed out on them. I had watched the following grades walk into school on the first day of class proudly wearing their senior shirt, while I attended my first day of senior year from my bedroom.

I waited impatiently for IHSA to announce if I would be having a senior season for the team I have been a part of since freshman year. As a cheerleader, the limitations placed on my sport were drastic—we were not allowed to come into physical contact with each other— which restricted us from doing almost everything we normally would’ve done. After a few weeks of practicing, our season was paused, and only months later were we able to reconvene for a short five week season to compete against other schools virtually.

I sat in my room during breaks in between my classes instead of talking to friends and meeting new people in the hallways. I craved the social interactions I used to encounter daily in a regular school environment. I had never experienced this feeling before—I desperately wanted to be in school.

I spent all of first semester and the beginning of second semester counting down the days until the next board meeting, hoping the district would allow us to return to the building. I welcomed each schedule change, no matter how many times I had to rememorize them.

In years past I dreaded waking up early and sitting through a boring school day, now I look forward to every day I spend in the building. Attending senior year during a pandemic made me so much more appreciative for the in-school days that I had.

Instead of complaining about going to school or going to practice, I was excited every time I was able to participate in these activities safely.

As we slowly approach a state of normalcy I am envious of other schools and sports that are able to enjoy events with less restrictions as we had, but I am still grateful for the opportunities I was given.

The COVID-19 pandemic for me—and many others—has been a reminder to be thankful and never take anything for granted.