Healthcare for the few: Do I deserve to die because I can’t afford my medication? 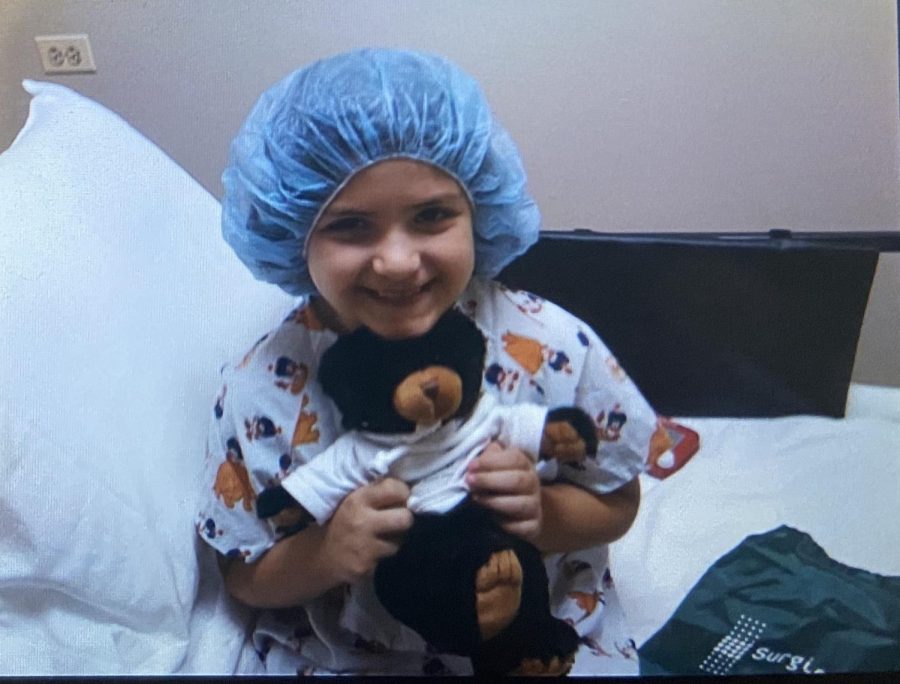 A photo from the moments before my first surgery, where a team of surgeons removed my thyroid.

Last month, my health care insurance, provided to me by my mom’s job, refused to cover the costs of my prescribed medication and I was left without a way to fill my prescription. Even a letter from my doctor appealing their decision did not change their mind.

When I was nine years old, I was diagnosed with thyroid cancer. Your thyroid is responsible for a myriad of things, primarily the production of key hormones that control crucial bodily functions such as your heart rate. I had my thyroid removed shortly after my diagnosis, and since then I have been prescribed Synthroid, a medication that does the work my thyroid would have done were it still around.

The very first place I went to after being released from the hospital was the pharmacy. For me, waking up every morning and taking my medication became the difference between my life before and my life after. It’s a prescription I’ll be refilling for the rest of my life.

It’s not a medication I can skip out on. At least, not if I want to live.

So I asked how much it would cost without insurance coverage, hoping I could afford to refill it myself. Without help from my insurance company, 30 days worth of my medication cost $450. Suddenly I was caught between choosing to pay more than I could afford, or going without the medication that my life literally depends on.

It’s become increasingly clear that healthcare is not for everyone — specifically, not for anyone who isn’t exceedingly wealthy. The consistent rise in the cost of prescription medications has forced families across the country to choose between affording essentials such as groceries and paying for costly medications that are critical to their well-being. The choices Americans are facing are not between saving for a vacation or purchasing their doctor-recommended moisturizer.

It’s between being able to pay your rent or refilling your heart medication.

There seems to be a prevailing misconception that only families far below the poverty line are unable to afford healthcare. The truth is that the cost of care has risen so high that even middle-class families, families with health insurance and well-paying jobs, are unable to pay the colossal prices of treatment.

My family does not live below the poverty line. My mom has a well-paying job, and we have health insurance. But like so many others, the astronomical cost of healthcare services has made getting my prescribed medications unaffordable.

Medications can be great things, but only if they are taken. With middle-class families struggling to afford them, those beneath the poverty-line are hit even harder, left with virtually no options other than going without.

According to a study conducted by Harvard Health, among adults with incomes well below the poverty level, nearly 14% did not take medications as prescribed to save money. Not taking these medications can often lead to even costlier and riskier outcomes, like heart attacks or strokes. A stay in the hospital or treatment for these complications can pose an even larger financial burden, sometimes amounting to thousands in bills.

If these adults cannot afford medication, it’s simply naive to expect they have the funds to pay expensive hospital bills. It’s clear that without money, our healthcare system is designed to usurp whatever funds you have and then some, perpetuating a cycle of debt that many Americans struggle to escape.

In essence, anyone who isn’t part of the upper-class becomes a player in a game where the stakes are literally life and death. Either they can choose to sink into poverty by paying for their medications, or save money by not taking them and risk further complications that can cause them mountains of debt in hospital bills — and maybe even their lives.

If our healthcare system is built in favor of those who have the money to afford treatment, what does that say to people outside of the 1%?

That their life is only worth as much as they can pay for it.

If this past year has shown us anything, it’s that illness does not care whether you are rich, poor, old or young. It can impact all of us and any of us at any time, without warning and without mercy. Knowing this, it’s in our best interest to create a healthcare system whose services are not a benefit only the affluent can attain.

My need, and the need of thousands of others, to fill a prescription isn’t going to change anytime soon. What can change however, is how we see healthcare — not as a privilege, but as an inherent right that should be attainable for everyone. We all get sick, and we should all be able to afford to get better too.