‘Pieces of a Woman’ exceeds expectations 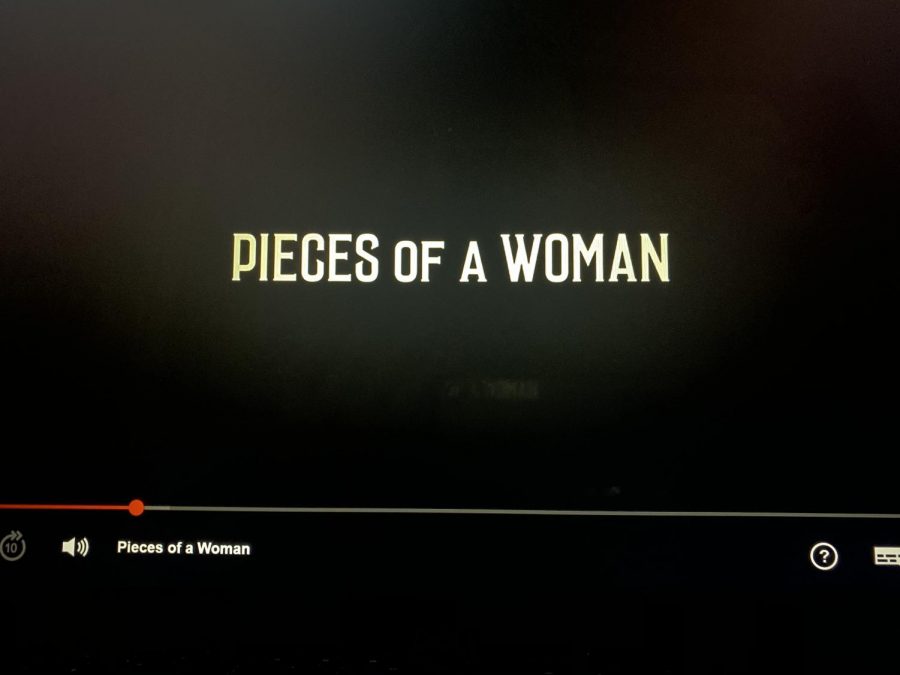 The mournful, yet beautiful drama, "Pieces of a Woman" is available now on Netflix.

“Pieces of a Woman” encapsulates the devastating journey of Martha (Vanessa Kirby) overcoming the grief that came along with the loss of her newborn baby during a home-birth, while dealing with isolation from her family and partner, Sean (Shia LaBeouf).

The first 30 minutes of the film is a pure viewing of the appalling home-birth that ends in tragedy. The story plot then subsequently follows the legal and emotional complications for Martha, as speculations of the midwife arise.

Despite the extremely personal experiences, Vanessa Kirby portrays a delicate image of the despair and pain that engulfs an individual after a loss. The film is beyond raw in emotional trauma following the interactions of the couple Martha and Sean, after the loss of their daughter.

The cinematography of the film was incredible to say the least. As the storyline of the film is an immensely personal topic to share, the silence between characters was far from deafening. The mesmerizing visuals of the environment around the plot and the characters themselves was spectacular.

One critique I have is the casting choice of Shia LaBeouf, who was recently accused of abusive behavior by his former girlfriend, FKA Twigs. Even though this accusation for the actor was after the production of the film, it exclusively suppresses the recognition of power women hold. In an interview with Yahoo! Entertainment, director Kornél Mundruczó speaks on Shia LaBeouf’s accusations.

As a strong advocate for the empowerment of women, I was quite saddened after seeing the news about LaBeouf. Even though I thought his performance was fantastic, it didn’t feel right for him to be shown in the movie, for “Pieces of a Woman” represents the influential strength of a woman.

Despite the controversy with one of the leading actors, the stunning camera work, acting and a beautifully written story, “Pieces of a Woman” was a masterpiece in itself. The film shares the in-depth psyche of a woman’s journey with the loss of her child. My personal rating for “Pieces of a Woman” is 9.3/10.