Trump is in all of us: Americans’ egos getting the best of us 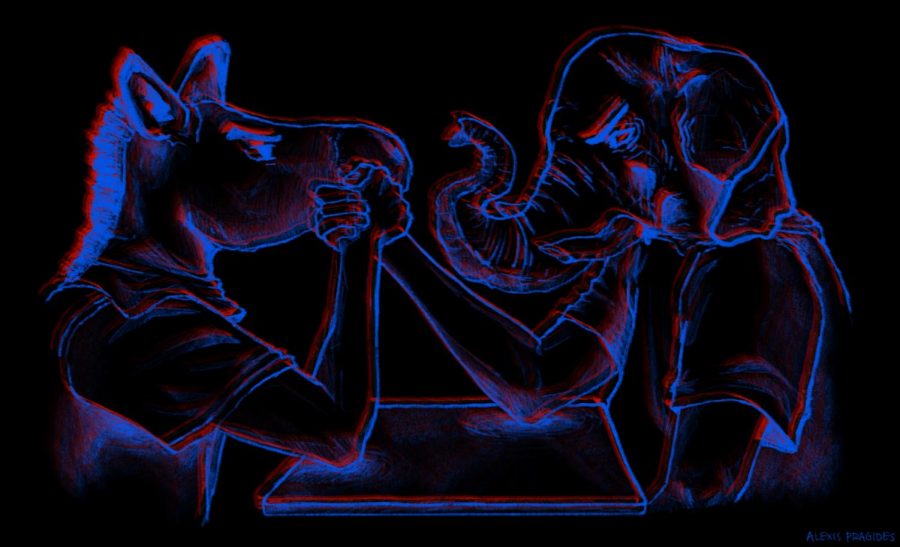 America's ego is getting the best of them. How others' actions will impact the country's unity. Read more for Mimi Nieves's thoughts.

After a year of horrific events, the country hoped that 2021 would be the beginning of our nation’s healing. However, less than a week in, a large group of Trump supporters chose to communicate their anger toward the results of the 2020 election with violence.

The protest and organized attack on the United States Capitol, was in defense of the President’s false allegations of election fraud. This act of terrorism damaged the reputation of most conservatives. Something we can take away from this experience is, holding ourselves accountable for listening with the intent of understanding versus giving a response.

We are unaware that our actions are changing our narrative; impacting the livelihood of our country. Our ego gets the best of us because we care more about being heard than hearing the opinions of others. One element that plays a part in this is the media.

For example, our social media feeds are filled with posts that don’t challenge our thinking. We have surrounded ourselves with like-minded people and ideas go unchallenged. This has led to our country’s political polarization.

In our day to day lives we get attached to this idea that we are right because all we have seen on our screens is evidence that supports our story. This affects our ability to adapt to another perspective respectfully; all we see is a “you are wrong”.

This issue becomes bigger than we believe it is, it is the start to a greater divide due to selfish acts. If we look back to the events that have occurred in the past year we can see where our egos have gotten the best of us, for example the comparison of the Capitol and Black Lives Matter protests that took place throughout 2020.

The BLM protests were the fight for basic human rights and the eradication of white supremacy in order to build local power “to intervene in violence inflicted on Black communities by the state and vigilantes”.
The marches that took place are not to be meshed with the looting that also occurred. Those who chose to loot were not fighting for change but taking advantage of a sensitive time in our country to only benefit themselves and tarnish the reputation of the movement.

What was done on Jan. 6, 2021 is not excusable nor defendable. It was not until the Capitol was under siege, that these protesters were referred to as rioters or anarchists. Whereas the BLM protesters, from the beginning, were referred to as rioters and shot with rubber bullets and tear gas. What took place in the months of marches and looting should not be compared to Wednesday’s organized attack on our nation’s Capitol due to a loss of the election.

The ill sportsmanship of the Trump administration and its supporters demonstrated how heinous people can become when led by someone who doesn’t care about the livelihood of those who support him and the extensive lengths they will go to be heard. A leader is one who can continuously inspire and mobilize others to do better and get closer to their destination of desire; all Trump has done is demonstrate to the country the power he holds over people due to a lifelong effect of ego building. For example, in response to the breach of the Capitol, Trump released a prerecorded video where he addressed protesters by validating their reason for protest instead of taking the opportunity to inspire his supporters to do better.

“An election that was stolen from us, it was a landslide election and everyone knows it,” Trump said.

The video shows Trump continuing to highlight the “fraud” behind the election which is not factually correct and has been proven multiple times. As a leader he knows the power of his voice and instead of choosing to set aside his opinions on the election and put the safety of the citizens of America first, he chose to focus on the “fraudulence” of the election and incite anger and violence.

Trump is an example of an inflated ego, we can see him in all of us. He can show us what a lifelong pattern of closed mindedness and lack of challenged ideas will do to you and so he ran for president…

The actions of the citizens of America have been heard loud and clear. We can all see the lengths everyone is willing to go to be listened to yet the pattern of ignorance continues.

We lack open mindedness in this country because selfishly we choose ourselves over others. There is a constant battle of assumption we fight with each other which has fed the stories we have of the people around us.

As Americans we have the right to disagree because we are Americans first. We all want to obtain America’s promise of “Life, liberty, and the pursuit of happiness” yet we fight with each other on how we will all get there.

Everyone lets their ego get the best of them and doesn’t think to challenge their ideas and respect others’ ideologies. A civil conversation can be held and in a respectful manner you can choose to convince and paint a picture for someone to understand you better. It is not a competition to see which side is right over the other, it is a viewpoint that you are entitled to stand for.

We can not hate on someone for feeling the way they do, their environment shaped them to be who they are and it is their personal responsibility to be aware of this and how they choose to move through life knowing that.

I can confidently say that it is easy to hate, it is easy to not care about knowing more on the subject and just have a story about who I perceive them to be. It is easy to just stick to my own opinions and call it a dayーbut I don’t like “easy”.

We should want to challenge our beliefs and seek to learn more. The more we sit around being mad at one another the longer it will be till you get what you want. No one is going to listen to someone yelling at them about why their opinion sucks.

Things are not going to get done if we act selfishly. As a nation we have to work together to listen to one another一the future of our country is at stake.