The end of an era: The Office has left Netflix 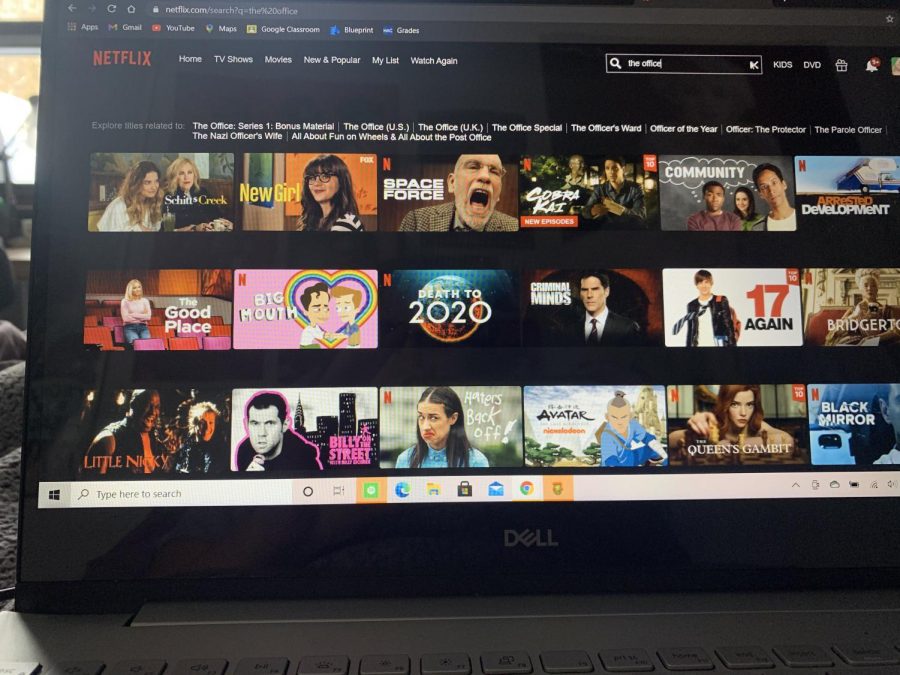 Multiple new sitcoms to watch are available now on Netflix, in replace of The Office.

As Michael Scott takes a final sip from his “World’s Best Boss” mug, the camera pans towards the rest of the crew: Jim, Pam, Dwight, Andy, Kevin and many more legends to name. I never would have thought this would come: The Office has left Netflix.

Honestly, I never thought I would feel as heartbroken as I had when on Jan. 1, I searched The Office on Netflix and nothing came up; I swear I almost felt a tear tumble out of my eye.

I know I am not the only one who grew up watching the show. Every night I sat down, starting at the ripe age of six watching any episode I could and honestly I believe a major factor of my humor roots from the family at Dunder Mifflin.

For years, The Office had been able to be streamed at any point in time on Netflix. But, the day has come: the beloved mockumentary has ended its contract with the streaming powerhouse.

While The Office has been dominating the sitcom charts for more than a decade, it is not completely disappearing. The show will continue to be streamed on its new home of Peacock, a service similar to Netflix and available almost every night on NBC.

May this time of heartbreak become a new era. There are hundreds of other sitcoms, quite similar to The Office out there. I know it may be a difficult change from the superior sitcom, but to all my fellow followers of The Office, it’s time to let go.

“Sometimes you have to take a break from being the kind of boss that’s always trying to teach people things. Sometimes you just have to be the boss of dancing,” Michael Scott once said.