Oregon to decriminalize ‘hard drugs’ and the USA should too 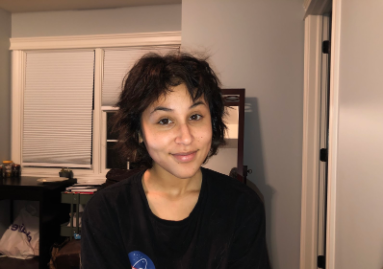 Oregon’s new law may seem extreme, but in reality it is the most humane solution that has been proposed so far.

As illicit drug use in the U.S. increases, Oregon voters made the bold move to decriminalize “hard drugs” including heroin, cocaine, oxycodone and methamphetamines. On Nov. 3, 2020, the state became the first in the U.S. to approve such radical measures. However, Oregon’s decriminalization of hard drugs should be not recognized as an enabler to drug abuse, but as a humane and progressive step towards greater rehabilitation efforts.

The law, which will go into effect on Feb. 1, 2021, aims to introduce the so-called “war on drugs” to a new, more effective solution: rehabilitation rather than incarceration. Currently, more Americans than ever are incarcerated for drug-law violations, yet overall illicit drug use has not diminished in recent years.

Oregon’s new drug law emphasizes the importance of rehab in fighting drug abuse, and gives those suffering from addiction a greater opportunity for recovery. Measure 110 states that taxes from the sale of legal marijuana in Oregon will be distributed to drug rehabilitation and outreach programs across the state.

Oregon’s new outlook seems to mirror that of Portugal. The country opted to decriminalize the possession of all drugs in 2001, also hoping to combat their own rising drug abuse crisis. Twenty years later, Portugal boasts some of the lowest drug use stats in the world.

By offering offenders recovery efforts rather than jail time, Portugal has reduced its overdose death rate to one-fiftieth that of the U.S. Portugal also has the lowest rate of marijuana usage in the EU, at just 10% of their population.

Despite these eye-opening statistics, critics of Oregon’s drug-law reformation insist that the decriminalization of these dangerous substances work to mollify the severity of the drugs and facilitate growth of black market sales. However, the law in question only and specifically decriminalizes the possession of small amounts of these street drugs. The production and distribution of these substances remains an illegal, punishable offence.

In short, the primary goal of this law is to encourage those suffering from addiction to seek help. Addiction is and always will be a serious mental affliction. The criminalization of those struggling with substance abuse has proven time and time again to be ineffective in reducing illicit drug use.

As our society begins to dismantle the negative stigmas surrounding mental illnesses such as anxiety and depression, we should aim to treat addicts with the same compassion.

The U.S. government’s current approach to our drug problem is mass incarceration. It is not working. Oregon’s new law may seem extreme, but in reality it is the most humane solution that has been proposed so far.

We as a country are in dire need of change, and Oregon is stepping up to the challenge.