It takes more than an email: Addressing racism among students at DGN and DGS 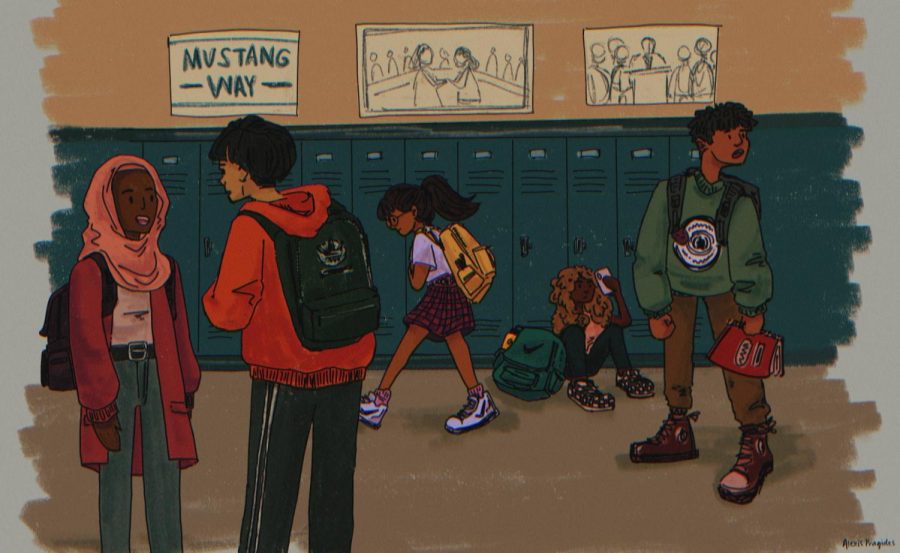 We need to start addressing racism among the student body and find better ways to fix it.

Time and time again, we get the same response from District 99 that addresses an instance of racism that occured at DGS or DGN. The response has the three basics: the explanation that yet another student was caught being racist, a claim that the district takes racism seriously and the ways they teach the staff how not to be racist.

District 99 has made it clear they do a multitude of things within their staff and faculty to combat racism; diversity training, staff conversations, equity teams and diversity committees are all notable inclusions. Though many things within those areas could use improvement, I commend the administration for taking some action rather than no action at all to attempt to create an anti-racist staff. However, there is something even more important on the line–the students.

District 99 has communicated that they want to create an inclusive community for everyone at DGN and DGS, but the fact of the matter is it seems like they have no idea how to execute it. Why? Because we continue to receive emails telling us that another student was openly racist—if their plans to be anti-racist were working, we wouldn’t be receiving them.

The district includes in their responses the things they are doing among their staff to create an inclusive environment when most of the racist events they have to address have nothing to do with them, but students. Not only does this make it seem like the district is just trying to save face, the fact that they only send “response” emails contributes to that as well. It can make a person of color feel like the administration doesn’t truly care about the harmful effects of racism they experience by only being reactive instead of proactive.

The biggest way we can fix this is simple–education.

Except for a couple of emails sent out over the summer amid the racial tensions following George Floyd’s murder prompting District 99 to open conversations among students of color and white students, there is little to no education on racism among the student body.

Out of all of my years of high school, I have never been required to learn what racism is and about the experiences of people of color. The one semester I had of educating myself on others experiences was in Multicultural Studies, an optional course I took.

Most racist events among our student body are due to a lack of education; to be honest, I don’t think many students could tell you what racism really is. The concept of racism is broad and complicated: overt acts, covert acts, hate crimes, history etc. The list goes on and on–which is what makes it important that all students know what it is and ways they can be nondiscriminatory.

Discussions and education of people of color’s history and experiences shouldn’t be optional. By making classes like Multicultural optional, open conversations about racism become optional and directing students of color to joining certain clubs to feel accepted, you make educating students on other’s lived experiences optional. Basically, it’s insinuated that engaging in active conversations and lesson plans on race is not a top priority.

By allowing people to choose whether or not racism is worth something learning about, it leaves a lot of room for a toxic learning environment for people of color. By only reacting to racist acts by sending an email acknowledging it happened instead of proactively educating students, the district is doing more harm than good. You can’t expect students not to be racist if you don’t educate them on what it is and how to prevent it.

The point is that there is too much wiggle room for people to get away with racism because of the way the schools treat it. Proactive steps to fight racism aren’t taken seriously enough at DGS and DGN by the district, which sets a bad example for the students. The only way to start taking it seriously is having those hard conversations with each other and actively changing the way we treat it.

The district should also keep in mind that students of color and students in general shouldn’t have to be 100% relied on to fix the racism at our schools. While it is great that District 99 seeks advice from students of color on how to better the school environment, they are not responsible for what happens at their school–the district is. There are only so many articles the newspaper can write, meetings with the staff and activism students can do. In the end, it is the district’s responsibility to ensure proper measures are taken to abolish racism and better the school environment.

While we wait for District 99 to start implementing ways for students to counter racism, a way students can educate themselves is by learning about the perspectives of other races than their own; this includes reading books, articles, taking Multicultural or asking friends of color how you can support people of color. Learn the in’s and out’s of racism by researching the forms it comes in. Most importantly, if a person of color tells you something you said is offensive or racist, keep an open mind and listen to them.

In order to create an inclusive environment for people of color, the district needs to shift their focus to educating the student body on racism, not just the staff. It’s time to make a change and take the proper steps to fight racism within DGS and DGN–not just sending an email after the damage has been done.