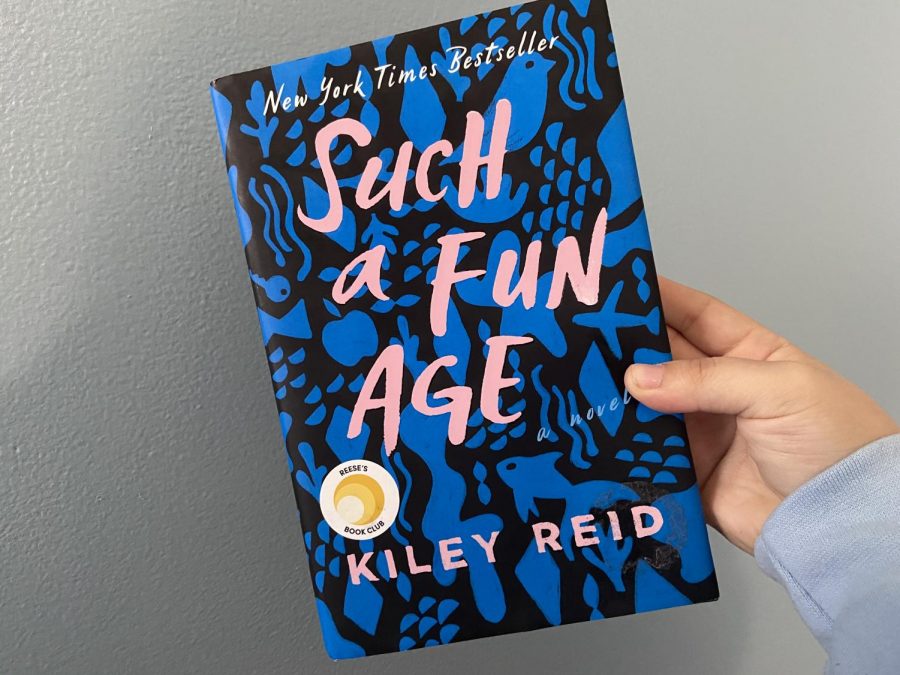 "Such a Fun Age" had potential to be a revelation, but instead fell flat.

With the emergence of the Black Lives Matter movement, America has been submerged into the greatest racial reckoning since the Civil Rights Movement. Many have begun to realize that racism is multifaceted, applying to more situations than just blatant bigotry and segregated schools. Through deft usage of contemporary lilt, Kiley Reid’s debut novel, “Such a Fun Age” offers a modern take on the casual racism that plagues our society — though often her worthy message is lost in the melodrama of her plot.

“Such a Fun Age” is told from two conflicting points of view. The first being Emira, a black, young babysitter and the second being Alix, her white boss. The women could not contradict each other more.

Emira is from a hardworking, creative family in Philadelphia, Alix grew up rich and created a picture perfect life for herself, complete with two kids and a nice, albeit underwhelming, husband. The book starts with Emira taking her charge, Briar, to the store. After a concerned white woman brings up that a young black woman is carrying around a white toddler, Emira is confronted by the security guard, who accuses her of having kidnapped the child.

This leads to a flurry of activity, including the filming of the incident by a random white guy also in the store, all ended by the arrival of Briar’s father, who ensures everyone there that Emira did not kidnap Briar. It’s a classic preamble to any racial conversation; a blatant display of how life is much harder for people of color becomes the catalyst for reflection on everyone else’s internalized bias.

What separates Reid’s novel from other racially focused works is Emira’s response to the incident. She asks the guy filming to delete the video and wants no part in any media attention that might come from sharing it. She is not complacent, does not simply accept the incident as an unchangeable reality but instead just wants everyone around her to acknowledge that these things happen without specifically putting her in the spotlight.

Rather than making her main character the burdened hero, Reid chooses to make Emira painfully normal, which is in essence what makes the story compelling. Racism does not occur to a select few people of color; it happens to everyone. By presenting Emira as completely ordinary, Reid conveys this effectively and without convolution.

The point is that we should not just acknowledge individual incidents of racism but understand that these incidents occur on a massive scale, daily, to people of color all over the world. Only then can we understand the enormity of racism in our communities.

I wish I could say that Reid executed the conveyance of other racial insights as gracefully but unfortunately, I feel her rudimentary plot buried the importance of her insights. The incident leads Alix to examine her own life more closely, feeling a deep white guilt that causes her to compare herself to Emira and eventually enter into a complicated obsession over her. Emira ends up dating Kelley, the man who filmed her in the store, who prides himself on his wokeness.

In a overused rom-com plot twist, Kelley ends up being Alix’s boyfriend from high school, and of course this leads to Emira being caught in between this weird mutual hatred between her boss and her boyfriend. In essence, both Emira’s boyfriend and her boss are using her as a “black friend” card — priding themselves on her presence as a way to assure themselves of their progressiveness, while simultaneously hating each other for using Emira in the same exact way.

As the story unfolds, the conflicting perspectives of boss and babysitter create a strange interracial love triangle that hinders the readers ability to see the message cleary. Talk about burying the importance of your story in a rudimentary plot that any Hallmark producer could have thought of.

Had the novel just detailed the conflicting perspectives of a white, rich woman and her black, young babysitter, and the difference in viewpoints that creates, then perhaps the novel would have been less of a let down for me. However, because Reid chose to submerge her cognizance of race in the modern era in simple prose and an arguably crude storyline, it fell flat.

“Such a Fun Age” had the potential to be a reckoning for every white person who read it. Had Reid used Alix’s character as a vehicle for the uncomfortable realization that even those who truly believe they aren’t racist, might be a little racist, then a valuable and necessary impetus could have occured. Readers could have been deeply impacted and forced to self-reflect, rather than fleetingly entertained by the melodrama of her characters that had nothing to do with the worthy message of her novel.

Instead, the novel skimmed the surface of truly diving into the conversation, leaving me wishing for more.

For that reason, I give “Such a Fun Age” a two out of five stars. For a debut novel, Reid has made a good start for herself, but in the future I would suggest less Hallmark plots and more of her captivating comprehension of the racism that takes place in our day to day lives — even in the homes of those who believe they truly aren’t racist.