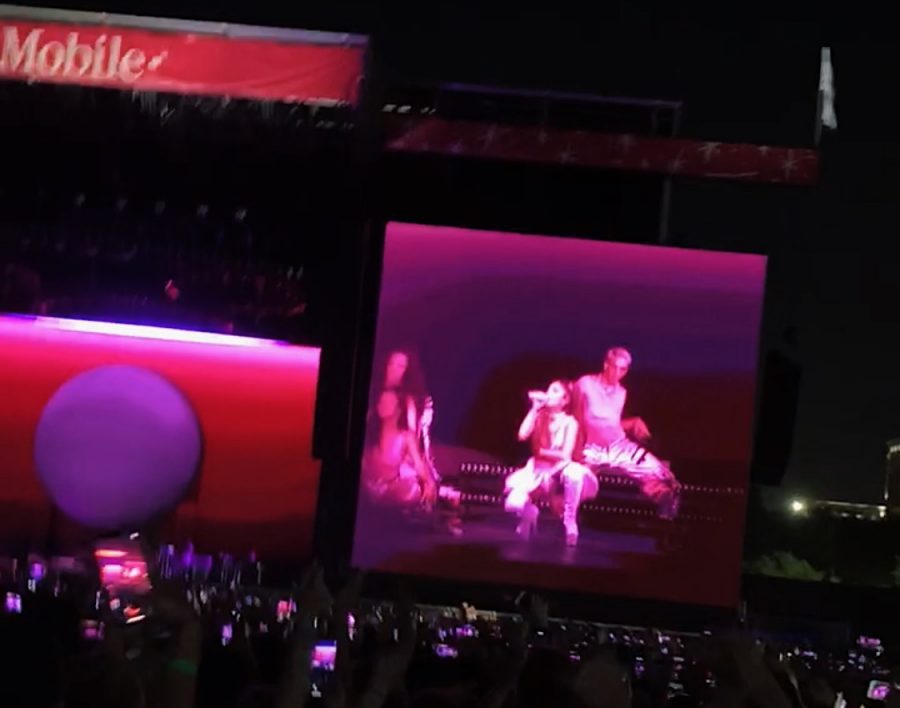 On Oct. 14 Ariana Grande announced to her fans she would be dropping an album; a short 16 days later she supplied “Positions”—14 songs and 41 minutes of pure Grande sound.

Many were skeptical of Grande’s ability to top her award-winning album “thank u, next,” a masterpiece that beautifully captured her sassy personality, seductive aura and the emotions of her ex-boyfriend passing.

Her newest album has brought a new sound, each track bringing fun and flirty 90’s R&B vibes. This sound portrays a free and confident Grande, focusing on self-empowerment and the upbeat side of love. This carefree album is both sweet and short—emphasis on short—with the longest track standing at four minutes while the rest of the songs average between two and three minutes.

In typical Grande style, many of her lyrics are inaudible but her strong vocal talent shines
through, accompanied by undeniably catchy beats.

Her first track, titled “shut up,” addresses her haters by reminding them “you know you sound so dumb // so maybe you should just shut up.”

This album opener embodies the overall freedom Grande exhibits throughout the entire album. She reminds us all how unbothered she remains by literally harmonizing the phrase “shut up” with herself.

Songs such as “34+35” and “nasty” show off Grande’s expected sexual persona. These songs are filled with flirty references (34+35—you do the math) and even blatant phrases such as “If I put it quite plainly // just gimme them babies.”

Grande finds a way to come across as sweet and innocent, even when singing vulgar lyrics, making both tracks an instant hit for today’s pop culture.

Her album contains songs with Doja Cat, The Weekend and Ty Dolla $ign. The track “motive” with Doja Cat is a masterpiece of both of their iconic sounds on top of a strong beat, giving off major “Problem” (Grande’s 2014 hit single featuring Iggy Azalea) vibes.

“Positions,” the lead single of the identically-titled album, is an overwhelming catchy and ideal radio song that has already picked up traction on social media platforms. The chorus makes you want to dance and is easily memorizable. The song embodies the album as an upbeat jam with heavy sexual undertones.

The last track “pov” is an innocent love song with simple music, the focal point being Grande’s show-stopping vocals. The lyrics say “I want to love me the way that you love me // For all of my pretty and all of my ugly // I’d love to see me from your point of you” talking about the beauty of being seen through your lover’s eyes.

This song closes the album on a heartfelt note that leaves listeners ready to press play all over again.