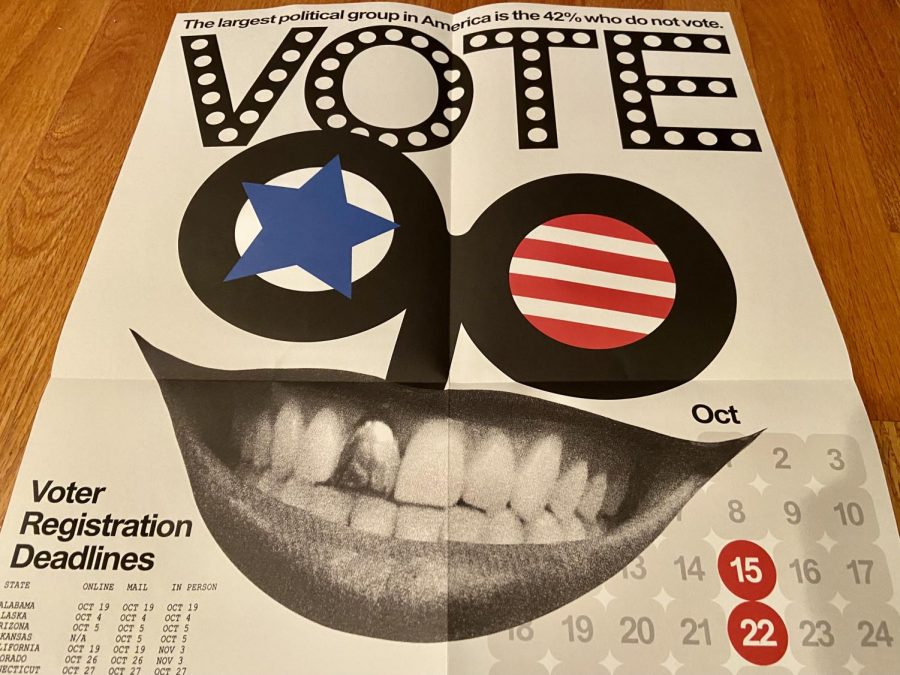 All eligible voters should vote on Election Day, Nov. 3.

Every two years, eligible voters in America have not just an opportunity but an obligation to vote in this country. Unfortunately, many of these eligible voters, especially younger Americans, simply choose not to vote. Here are the top 10 reasons these people have for not voting — and why they’re dumb.

10. “I can’t get to the polling location on Election Day”

This reason is one of the most justifiable on this list. Unlike many other democracies, Election Day is not a national holiday in America leaving many Americans stuck at work instead of the polling location. Add in the threat of COVID-19 and many people won’t be able to make it to their precincts on Nov. 3.

If this happens to be you though, hopefully you’ve already sent in your mail-in ballot so that your vote can count in this election.

Again, this is a somewhat valid excuse for not voting. Thankfully in Illinois though, there’s same-day voter registration so you can walk into a polling location, register and vote all on Nov. 3.

8. “I’m just uninformed about what’s on the ballot”

This is understandable given how complex politics can sometimes get and how unhelpful many media outlets can be in informing audiences about what’s happening in the country and in this election. If this happens to be you, you can go to websites like ballotpedia.org or ballotready.org to be informed when you’re voting.

This one is hard to argue with because at first, it seems to be true. America is a big country and elections are voted on in millions with oftentimes huge margins. It’s unlikely that your individual vote will decide any one election.

Bonus points if you can get other people out to vote too.

Going along with the last point, many people believe that action is futile as it seems corporations are the one’s running politics and the politicians themselves. In the Citizens United v. SCOTUS court decision, this was proven somewhat true, but again, corporations don’t vote, people do.

The gun lobby’s and the fossil fuel industry’s power resides not in themselves but in voters. They can only count on persuading voters, not on buying elections themselves. By not voting, you’re letting them win.

If this is you, I strongly suggest you reconsider. Politics may seem boring and the world sucks sometimes but what happens in this country, from your congressperson to your local school board reps, is all decided by your vote. These individuals play a huge role in your life whether you know it or not; if you’re allowing these people to influence your life, they might as well be ones you like.

4. “Biden and Trump are both awful, I don’t want to vote for either of them”

Fmr. Vice President Biden and Pres. Trump are polar opposites when it comes to almost everything: their experience, their beliefs, their values and pretty much everything else. The two are in no way similar and therefore cannot be equally as bad. Just because they’re both old, white men does not mean there aren’t substantive differences between the two.

Going along with the last reason, while many people understand that the two may not be equal levels of bad, they don’t want to choose between the “lesser of two evils.” To that I say, why not?

It’s literally in your self-interest to vote for the candidate that is less evil, even if it’s only marginally.

Along with this, your ballot includes much more than just the Presidential election. While the national media emphasizes the importance of the Presidential race, many of the most impactful races in your life are happening down-ballot in your state and local governments.

2. “Illinois is a blue state, my vote won’t change that”

Sure, Illinois is dominated by Democratic politicians, but that doesn’t mean your vote doesn’t matter, especially down-ballot. Politicians notice when their margins change, even if they still win, and by voting even when it seems as if the election has already been decided, you’re still making your voice heard.

Surprises happen too. Just two years ago, Rep. Lauren Underwood won a seat in the House in a traditionally red congressional district. If it weren’t for high Democratic turnout despite the fact that they usually have no shot, the people of Illinois’s 14th congressional district would have a different representative.

Maybe the most common reason for not voting among young, eligible nonvoters is simple apathy.

If you’ve felt at all angry or afraid in the past four years, if you turned out for any protest, from the Women’s March to ones this past summer for Black Lives Matter, if you walked out for March for Our Lives, if you share infographics on your Instagram story, if you posted a black square for clout or if you just want to cancel out your parent’s vote, I beg you to follow through. There’s been way too much activism these past few years for young voters to not show up again and continue to be all talk and no action.

Your country needs you to vote. Do it.