A preview of the upcoming Masque and Gavel Talent Show 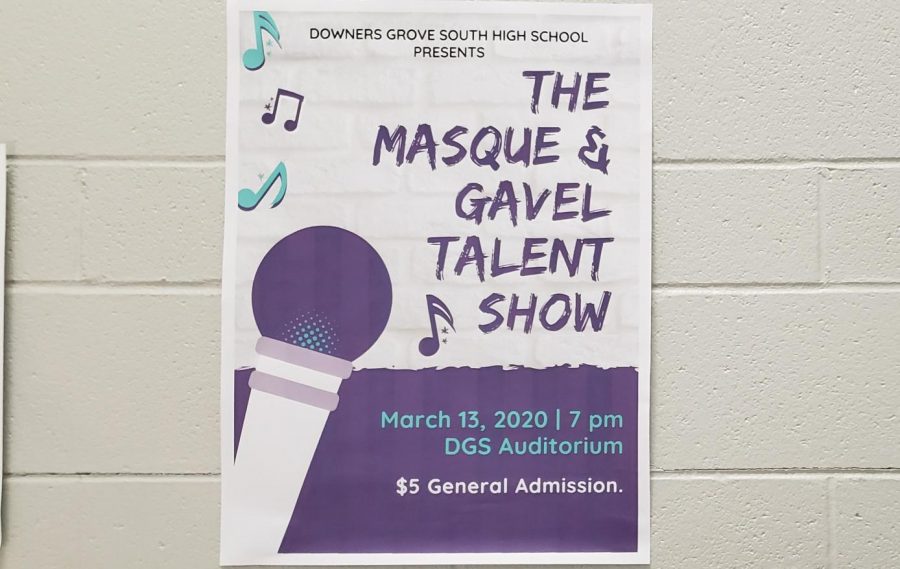 Junior Kyra Cain comments on what she hopes to see at the show, as a performer. “I look forward to seeing how everybody reacts with each act and how they notice what we do as artists,” said Cain.

Every year, DGS hosts the Masque and Gavel talent show with a panel of judges consisting of teachers and former talent show members. This year, about 50 students will be performing in front of a wide audience of parents and students.

The show will mostly consist of singing performances. Some sing to a track, to a piano or they accompany themselves with an instrument. There will even be a magic act.

One of the performers, junior Kyra Cain, gave insight about Friday’s show.

“I will be [singing] ‘Walk Me Home by Pink.’ I’ve done both talent shows the past couple of years,” Cain said.

She commented on what she looks most forward to most on Friday.

“I look forward to seeing how everybody reacts with each act and how they notice what we do as artists,” Cain said.

Cain spoke of why parents and students should attend the show.

“There is such a variety of talent. I think it’s a good idea for everybody to get out there and see what school has to offer,” Cain said.

English teacher Tiffany Rubin, who is one of the coordinators of the talent show, also gave some info on Friday’s performance.

Rubin mentioned how the Masque and Gavel Show will feature a wide variety of talents.

“We have school groups like Caribbean Soul, Royalty Step team and the Fillies who do a combined act,” Rubin said

For each performance the judges will have to rank the top performers. The judges have a ranking system, typically one through six, and at the end will be a cash prize.

The Masque and Gavel show will be on Friday, March 13, in the DGS auditorium. General admission will be 5$ at 7 p.m.