Senf steps up to role as head boys track coach 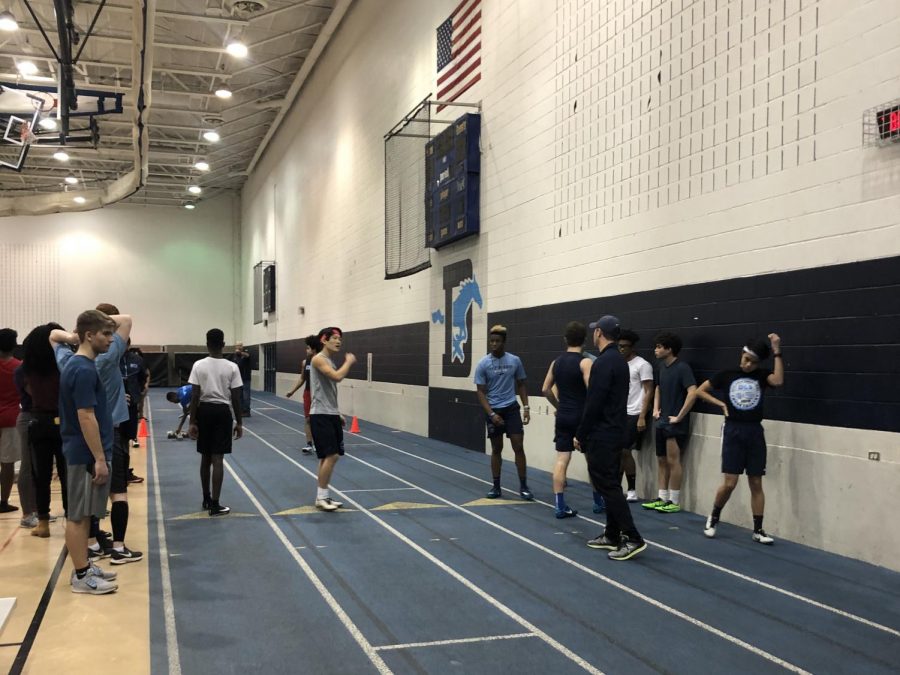 Senf looks forward to sending a number of athletes to state in May.

As the track and field season begins, the DGS boys track team welcomes a new head coach to hopefully bring success to the indoor and outdoor seasons.

Coach Sean Senf has been a track and field coach for several years, but this year has stepped onto a new playing field to become head coach. According to Senf, he was eager to step into the new role.

“I have always wanted to coach. For a time I was thinking of coaching college athletes. The position opened up here at DGS and [becoming head coach] was a natural progression after working with the team over the past couple of years,” Senf said.

Since becoming head coach Senf hasn’t changed his coaching style or the way he runs his ship. He believes that his responsibilities haven’t changed as he still wants to focus on improving all of his athletes.

“I got into coaching because I love the sport of track and field. I particularly love the fact that it is a sport that shows results in the more work you put in. You just need to provide the athletes the right tools and tips and encouragement and they will take off,” Senf said.

Sophomore Kenny Creamer can confirm that Senf’s love for track and field comes through his coaching style.

“He wants us to be good. He searches for stuff online to make us better. He’s a young and developing coach that likes to take new ideas and learn new things about track and apply it to practices,” Creamer said.

Another part of coaching that Senf enjoys is watching athletes push themselves to be better and improve their skill.

“I love watching people get excited about getting better. In track it’s a pretty straightforward path to improving. Do the work, don’t slack, fine the little things areas that you are weak in and correct them. If you try to do this on a daily basis you will find some success. I enjoy it when young athletes figure this out to really take charge of their efforts and training,” Senf said.

Junior Rahshon Murff has worked closely with so far this season, and explains how Senf motivates him to be a better athlete.

“I like that he’s very open to different things we like to do. He truly wants to see us succeed and be the best versions of ourselves. I feel like we’re always doing something new, which is nice because track is a long season,” Murff said.

Murff continues: “I feel like at this point it’s an expectation from him that I go to state, which is good because it means he believes in me,” Murff said.
In the end, Senf’s goals and expectations for his team is what he believes will drive them towards a successful season and potentially lead his athletes to state.

“My expectation is and will always be improvement. You must be better than last week. Our goal this season is to get better. If we get better every week we should win meets throughout the season and have a very good handful of athletes make it down to state by the end of May,” Senf said.