No, it’s not winter yet 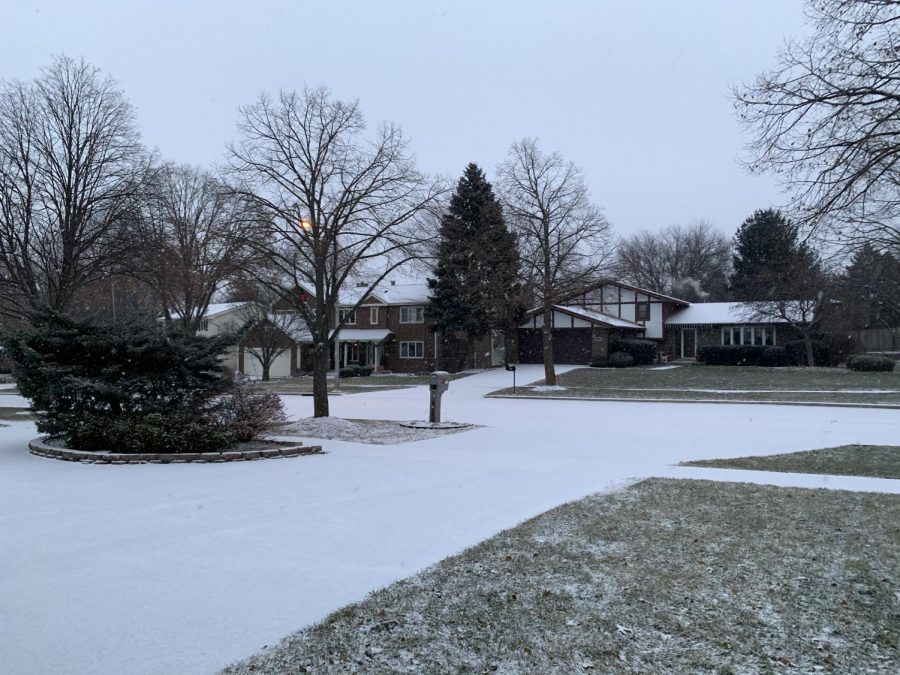 This is the peaceful autumn scene to which I awoke earlier this week.

Every year around December, my know-it-all senses routinely become triggered by one declaration. It’s December, it’s cold, there’s snow on the ground — winter is here!

This is a public service announcement to all the people who believe that snow ‘equals’ winter. The fact of the matter is that weather has nothing to do with the seasons.

In the northern hemisphere, the start of winter is marked by the Sun’s beams shining directly on the Tropic of Capricorn. This is an imaginary line located at -23.5 degrees latitude, and it is the southernmost point that is ever hit directly by the Sun’s light. Because the Tropic of Cancer is in the southern hemisphere, we northern-hemisphere folk experience generally colder temperatures because there is less sunlight shining directly on us.

This means that “winter” is simply the northward movement of the Sun’s direct light from the Tropic of Cancer to the Equator, at which point we have the Spring Equinox, and the spring season begins. Notice the chain of causation: it is the season that causes the weather (to a significant extent), not the weather that signifies the season.

So one cannot just claim that ‘winter is here’ simply because there is snow on the ground. Well, I suppose one could, but one would be wrong.

Let’s look at the implications of such a statement. If snow, or cold weather, or anything like that automatically implies that it’s wintertime, then that would mean this year’s winter season began on the day before Halloween, when we had our first snow of the latter half of this year.

Likewise, if cold equals winter, then hot equals summer, yet there have been some mild temperatures on Christmas days in Chicago’s history, but that doesn’t mean we had Christmas ‘in the summer.’

Such ways of thinking run directly counter to human logic, and any society that keeps track of the seasons in such a disorganized and subjective way is truly uncivilized.

This reasoning is of the same kind which brought us the revolutionary meteorological predictor model that is Punxsutawney Phil. Don’t even get me started on that national disgrace.

Perhaps the most baffling aspect of this phenomenon is that people are so shocked by sharp changes in weather that they declare it to be a different season. In the summertime we have days that are intolerably hot, sunny and humid, but we also have days that are rainy and cool. In August, when we receive rain after a series of consecutive sunny days, we don’t declare that the calendar has reverted back to April.

Finally, many places in the northern hemisphere that are south of Chicago do not experience that same weather across the four seasons as we do. For example, Miami doesn’t receive snow in the winter, and the average temperatures there remain in the high 60s. Winter nonetheless exists in the city — the people there merely experience different weather patterns.