A mediocre day in the neighborhood: ‘A Beautiful Day in the Neighborhood’ review 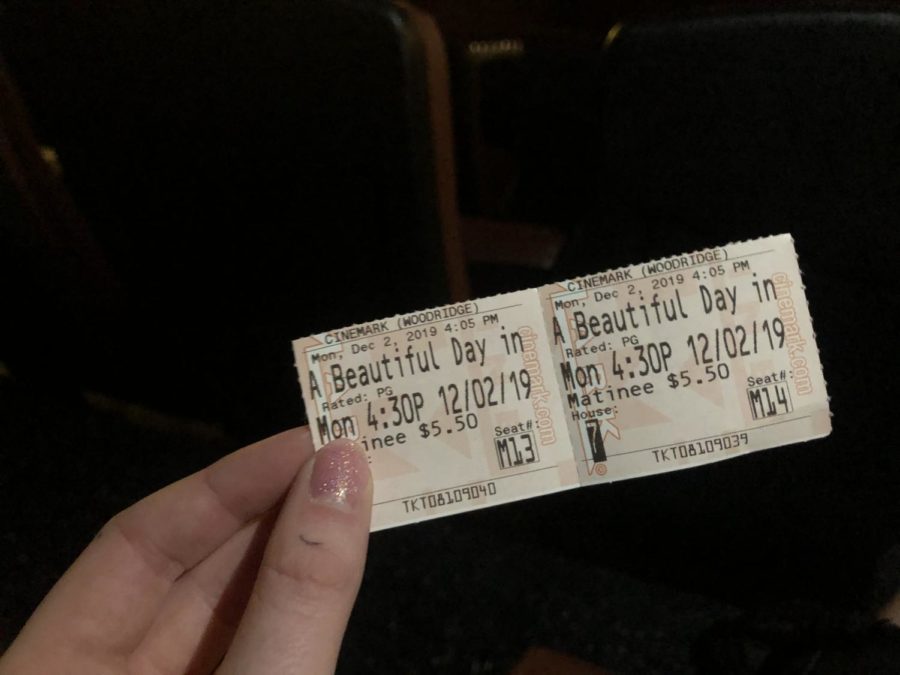 "A Beautiful Day in the Neighborhood" was a emotional night in the movie theater.

“A Beautiful Day in the Neighborhood” came out on Nov. 22 and was directed by Marielle Heller. The movie was loosely based on an article by Tom Junod called “Can you say…hero?” The movie starred Tom Hanks as Fred Rogers, also known as the iconic Mister Rogers.

This movie was more targeted at people above my age range who actually grew up with the show “Mr. Rogers Neighborhood.” I will admit I’ve only seen a few episodes of this show, but enough to know and love the iconic man that is Rogers.

I walked into the theatre hoping for a movie centralized around Rogers. However, while he was a major part of the storyline, the movie was more focused on Lloyd Vogel, played by Matthew Rhys, a professional journalist tasked with writing a profile on Rogers. The movie follows their conversations and the impact Mr. Rogers has on Vogel’s life.

Following Vogel’s life was an interesting story arch that seemed very real, yet mundane. Although it was very dramatic and emotional, it lacked anything to keep me engaged in the movie. If I had not been crying, I would have likely fallen asleep.

The movie taught viewers that it is never too late to change into a better person. It spoke of forgiveness and moving on and growing from past struggles.

Despite Rogers not being the main focus of the movie, Hanks played an exceptional Rogers. He portrayed the character accurately in a way that was fun to watch without seeming like a documentary.

I was moved by this movie, but due to how insanely emotional it was I would likely not watch it again. The storyline was interesting, but not enough to warrant another viewing. “A Beautiful Day in the Neighborhood” was an emotional day in the movie theatre.